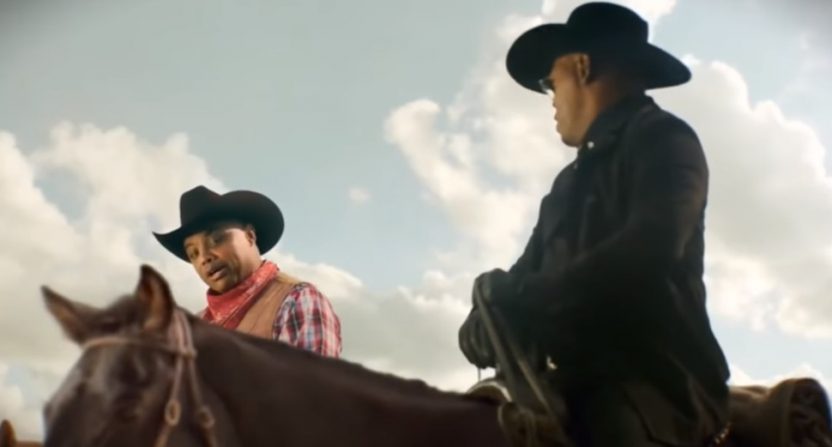 Thursday saw Turner unveil the announcing lineup for the Nov. 23 The Match pay-per-view golf event between Tiger Woods and Phil Mickelson, and there were a couple of surprises. One of the most major ones may be the presence of NBA on TNT analyst Charles Barkley, a famously bad golfer. Barkley will be joining actor Samuel L. Jackson, golfer Pat Perez and special guests on the Adam Lefkoe-hosted pre-match show (beginning at 2 p.m. Eastern), and the pre-match team will also appear “at select moments” during the main broadcast (which begins at 3 p.m. Eastern). Here’s more from Turner’s release, which also details the more-standard broadcast team for the event itself.

…Bleacher Report’s Adam Lefkoe will host the one-hour, pre-match show with three-time PGA Tour winner Pat Perez, along with Samuel L. Jackson and Charles Barkley, among other special guests. The pre-show commentator team will also be integrated into the live event coverage at select moments during the competition.

Much of the discussion about The Match has been about trying to bring in unique elements to convince golf fans to buy a pay-per-view event, including tech (live drone coverage, real-time shot-tracing, mics on Woods, Mickelson and their caddies, 4K HDR coverage on DirecTV and more) and multiplatform coverage (including shoulder programming on HBO, Bleacher Report, and House of Highlights, plus a later Dec. 8 TNT broadcast of select content from the event). Adding Barkley and Jackson feels like another step there, and something that will certainly make this stand out. (And it’s appropriate that this is a Capital One-sponsored event, as that’s where we’ve usually seen Barkley and Jackson together, as in the commercial series that produced the above screengrab. Was Spike Lee tied up this time?)

However, there are also some risks to this unconventional approach, and some of that depends on just who ends up watching this and how they feel about unusual golf coverage. If it’s mostly hardcore golf fans who buy this, and they get Barkley joking around when they’re expecting serious analysis, there could be some backlash. (It seems smart to only specifically put Barkley on the pre-match show and then hint at the possibility of using him later; that lets them work him in if it’s going well and his segments are well-received, or take a different approach if it isn’t going well.) But a lighter approach here might be interesting to general sports fans who aren’t as particular about their golf coverage.

At any rate, plenty of people will have the opportunity to watch Barkley, Jackson, Lefkoe, Perez and their guests. Turner’s release notes that “The Pre-Match Show Presented by Capital One will be available across all pay-per-view carrier platforms, along with wide-ranging distribution through simulcasts on the Bleacher Report and B/R Live Facebook (B/R, B/R Live), Twitter (B/R, B/R Live) and YouTube (B/R, B/R Live) social platforms.” So it won’t be hard to find this. We’ll see how it goes.