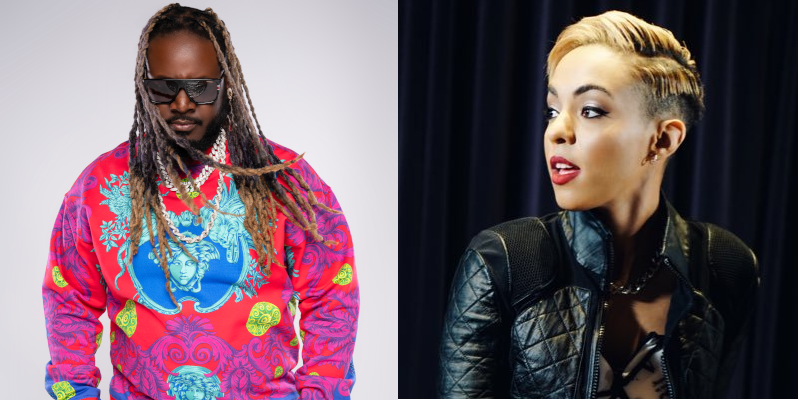 The latest cross-platform esports event from Turner Sports and WarnerMedia is a B/R Gaming “100×100” live interactive event on TBS and the B/R app Saturday at 10 p.m. Eastern, which will see 100 prizes given away over the 100-minute duration of the special. It will be hosted by T-Pain (seen at left above) and Erin Ashley Simon (seen at right above). Here’s more on that from a WarnerMedia release:

This Halloween weekend B/R Gaming fans will be in for a treat with the debut of a live interactive event hosted by the multi-talented, Grammy Award-winning music artist T-Pain and gaming personality Erin Ashley Simon, that will give fans the chance to win one of 100 prizes given out in 100 minutes – B/R Gaming’s 100×100. The special event will invite fans into an immersive multi-platform environment to connect with each other and their favorite gaming stars while getting the opportunity to win a selection of gaming items along the way. B/R Gaming’s 100×100 will be presented live, simultaneously on TBS and the B/R app on Saturday, Oct. 30 at 10 p.m. ET.

B/R Gaming’s 100×100 will tap into the interactivity of the B/R app to engage viewers in real-time as they watch top streamers, athletes and personalities attempt live gaming-themed challenges to win prizes for fans who will be selected at random via the B/R app comment section. The show will culminate with a final challenge attempted by T-Pain, providing one grand prize winner the chance to receive an ultimate gamer prize pack.

T-Pain, an avid gamer with nearly one million subscribers to his Twitch channel, and Simon, a pioneer in the gaming industry and co-founder of XSET, a diverse, socially conscious pop-gaming and esports organization, will lead participants through the challenges while interacting with fans at home. Fan interaction will continue through commercial breaks via the B/R app to provide a seamless multi-platform experience.

There have been quite a few esports events in particular integrating TBS and streaming, particularly with the many ELEAGUE events and documentaries. But this has some notable differences; the streaming component is from the B/R app rather than Twitch, and it’s designed to be a second-screen experience (especially with the interaction during commercial breaks) that will supplement the TBS broadcast. And they’ve lined up some notable names here; T-Pain’s certainly well known for his music (and more recently, for his gaming content), and Simon has long been a prominent personality, host, and producer in the gaming space. We’ll see how this works out for TBS and B/R.