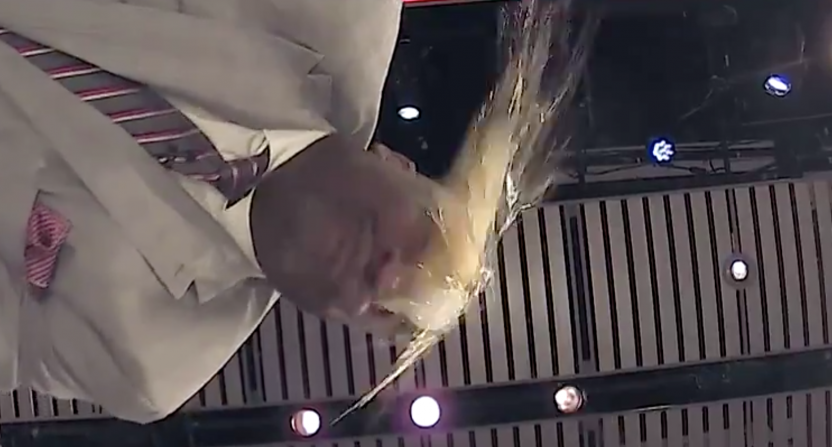 If you didn’t already know (and at the risk of sounding old), TikTok is very much a thing. The social media video app has exploded in popularity this year, getting 614 million downloads this year. Since launching, it’s been downloaded 1.5 billion times from Apple’s App Store and Google Play. It’s the third-most downloaded app this year.

Publications like The Washington Post are using TikTok to reach younger consumers. So it shouldn’t be a surprise that sports leagues and networks, notably the NFL and NBA, want some of that audience too.

Regardless of whether or not you’re on TikTok, if various trends and challenges popular among its users inspire some of our favorite sports TV studio shows to join in the fun, that can’t be a bad thing, right?

The Inside Guys take on a Tik Tok Challenge ?? pic.twitter.com/GlKEwkMcsx

TNT’s Inside the NBA crew tried out the TikTok Circle Challenge on Tuesday night’s show and, as so often happens to our delight, it resulted in some major laughs.

If you’re not familiar with the Circle Challenge, people stand in a circle over a camera or phone and something is thrown in the air above them. The “challenge” comes from trying not to move as the object falls toward the circle — and possibly someone’s head. In the very first Circle Challenge video, a basketball was tossed over the circle. Since then, users have tried many other objects such as baseballs, traffic cones, and chairs.

Naturally, Ernie Johnson, Shaquille O’Neal, Kenny Smith, and Charles Barkley began their Circle Challenge with water balloons. That was followed by, naturally, a basketball, then a baseball (we think) and soccer ball. Was there a Drumstick ice cream cone in there too?

But eventually, the eggs came out. Raw eggs. Safer than shoes, microphones or cameras, certainly. However, though eggs may not cause potential head injury, they can get messy. Shaq learned that the hard way.

The egg from every angle ?? pic.twitter.com/0WVPIcQz93

That egg exploded against Shaq’s head like it was dropped from a roof. Of course, Charles Barkley is 6-foot-6 and threw the egg at Shaq from a distance, so there may have been a similar effect. Kudos to Chuck for some great aim. Better than you might expect from a 73.5 percent career free throw shooter.

“We just went viral on that one,” laughed Kenny Smith. Yes, Kenny, you did. (Shaq apparently thought Smith threw the egg, judging from him flinging a water balloon at him. Too bad none of those water balloons broke.)

The egg vs. Shaq head collision in slow motion is a thing of beauty. Look at that thing splatter!

Let’s give Shaq credit for being a good sport, willing to get viscous egg white and yolk all over his head for the sake of good television. He’s always willing to take a fall for a good gag. At least Shaq doesn’t have hair anymore. Imagine how messy that could’ve been.