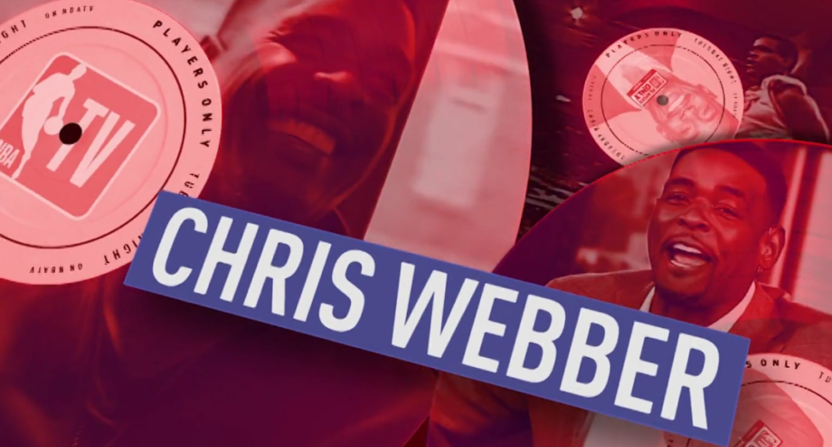 Turner’s Monday night Players Only franchise on TNT, featuring former players broadcasting NBA games in every role from host to play-by-play to reporter to color commentators and studio analysts, had plenty of memorable moments in its five-week debut last year. Now, it’s back for more.

Turner announced Wednesday that Players Only Presented by Verizon will shift to Tuesdays and expand to NBA TV during the first half of this year’s season (starting Oct. 24 before moving to TNT in January. Former NBA star and current Turner analyst Chris Webber will return as the primary studio host, and in advance of the announcement, he spoke to Awful Announcing about how he’s grown in that role, how he learned from watching and talking with famed Inside The NBA host Ernie Johnson, and what he has in mind for his hosting duties this year.

“I’m very excited, because I kind of like this post-basketball genre that I’m into,” Webber said. “I still love the game so much, and if I can’t be part of a team, I love the team that I’m part of at Turner. It’s great.”

One of Webber’s previous roles was as an analyst on NBA TV’s Tuesday Fan Night broadcasts, alongside Kevin McHale (who was a game analyst for Players Only last year, but will be a studio analyst with Webber and returning fellow studio analyst Isiah Thomas this season) and Johnson. Webber said Johnson has been the key inspiration for his hosting work.

“I was there every Tuesday night anyway, and I got to watch Ernie work, and I also got to trail him and ask him questions before I worked on Players Only, so I had his blessing, and that meant a lot, and Turner’s as well, with their trust,” Webber said. “But I really got to follow him, whether it was watching him prepare or watching him read the prompter, letting everyone kind of do their own thing, watching him reel us back in. So he’s a man that I admire. In the studio, definitely, but more outside the studio; I admire him because he’s a great man. But he’s been the reason that I’ve been able to transition [to the host role] so much. I worked really hard at it, but watching him and having him giving me advice, giving me tips, has made it an easier transition than it would have been.”

“One is always to be prepared, and to be prepared, that means you have to separate it from just spewing out information,” Webber said. “Ernie probably only uses 10 per cent of the information that he has every night, and he has to be judicious in the way that he chooses to use that information, not over-inundate the people with it, but still entertain, reel it back in. And secondly, to be himself. There’s a lot of times I’ve seen it, from his sincerity and being himself, whether it’s the excitement of the game, whether it’s a story that chokes him up, or whether it’s just him being excited, or whether it’s the worst two teams playing that night and we’re joking about it while still giving them that respect.”

As for hosting in general, Webber said he’s still adapting to it, but he’s enjoying the new role and the mix of facilitating and offering his own opinions it’s provided.

“I definitely really like hosting now, after being an analyst for almost 10 years,” he said. “The difference is that you get to moderate. You have to have time more in your head, you have to make sure that everyone gets their thought in. You want to make sure you respect everyone’s opinion and go back to anyone if it’s important, so it’s a little more air traffic controller as far as being the host, but at the same time, production staff remind me that I played the game. Not that they have to remind me, but don’t go away from the fact that I played the game and have an opinion. I think that’s one thing I can offer and make sure I can embrace that as well, to not run from an opinion and just ask questions, but to use my opinion and see how that bounces off other guys.”

He said the hosting work has become easier with time, but he’s still looking to improve.

“I think I’m getting into a small rhythm, but I’m always open to change,” Webber said. “In the beginning, I learned how to prepare for games from Reggie Miller, and Dick Stockton, and Marv Albert, and in this, Ernie, I’ve watched him prepare, and I’ll always be able to go back to him and learn from him and others. But really in the end, I just want to make sure again that I’m as knowledgeable as possible on what’s going on in today’s game, and that also I give guys room to breathe and express their great talent. These guys are champions, they’re great guys, they love expressing themselves, they’re funny, so it’s to make sure that they just can talk all they want. And of course it’s going to change, and hopefully it will continue to get better. I’m open for suggestions if anyone has any.”

Webber said Players Only has been a great experience so far, and one that’s lived up to his high hopes for the idea.

“I’ve been very excited from the beginning,” he said. “[Those broadcasts are] a lot of fun. First of all, it’s about the culture at TNT, and it’s great that Players Only can be its own franchise and not have to compete with the pressure of the best sports show that there’s ever been in my opinion, NBA on TNT [and Inside The NBA] with Ernie, Kenny, Chuck and Shaq. But the culture’s really there to be yourself, express your opinion, don’t hide from it, and to include the fans and have fun. And getting to work with legends…I’m a fan already,  so getting to work with Kevin McHale, who’s become a friend, Isiah Thomas, who’s become a friend, I’ve looked up to him my whole life…I know that it’s a great show idea because I’m a fan first, and this is something that I would have died to have growing up, you know, someone like Dominique Wilkins talking about the game, or Vinnie Johnson, or Barkley, or Rick Mahorn, anyone I loved at that time. So hopefully we give the kids and fans insight that other shows can’t give, but with the professionalism of the greats that came before us. Hopefully we can give a perfect balance and respect the game both ways.”

He said he’s thrilled about the chance to host more Players Only games with the expansion to NBA TV.

“I’m very excited,” Webber said. “I’ve gotten the chance to work with Ahmad Rashad and Ernie every Tuesday night for the past nine years, so now kind of going in a different direction is fun, it’s challenging. And when you have one of the funniest people in Kevin McHale, one of the funniest people in the world and one of the toughest players who played this game, and Isiah, maybe the best small guard ever to play this game, next to you, it’s just a wealth of knowledge. I’m going to have to concentrate on not getting caught up in being a fan, because I could just turn my brain off and listen to everything they say. Now, I have to try to listen and make sure we get to commercial on time and make sure the stories don’t go overboard. But I’m excited, and we’re going to make the most of it. We really work hard and respect the process.”

The Players Only broadcasts will begin on NBA TV Oct. 24 with the Cavaliers facing the Bulls game, run there for 13 straight Tuesday nights, then move to TNT for the rest of the regular season beginning Tuesday, Jan. 23. Webber will host with Thomas and McHale as studio analysts, while Greg Anthony and Steve Smith will call the marquee game each night from Atlanta, with Dennis Scott at the game as on-site analyst and reporter.