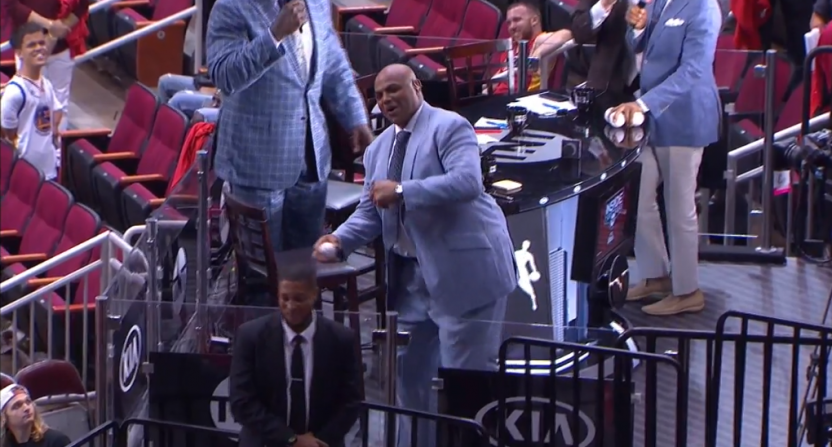 We can confidently assume that Charles Barkley was never a baseball pitcher growing up. The TNT analyst showed off his (very bad) ability to throw a baseball after Game 1 of Rockets-Warriors at the Toyota Center. Barkley heard the well-deserved boos for this effort:

After Game 1, Ernie Johnson informs Klay Thompson that Chuck picked the Warriors in 3

An earthquake hit the Bay Area on Monday night while the Giants and Reds were in the top of the 1st inning at AT&T Park. The NBC Sports Bay Area camera shook as it felt the earthquake.