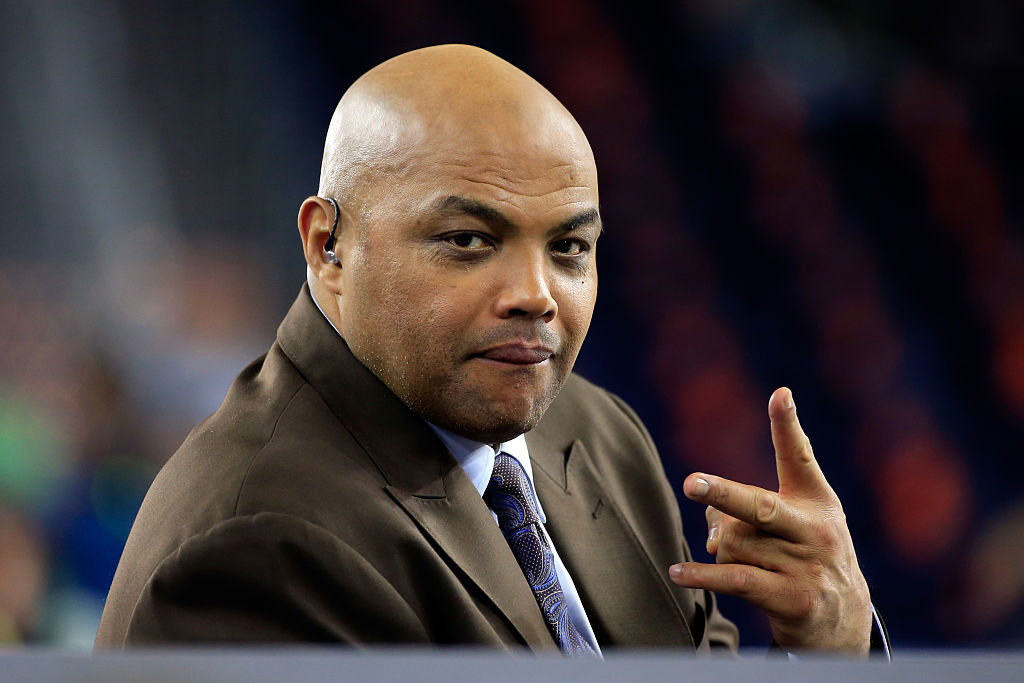 For further discussion of the implications of the Supreme Court striking down the federal law prohibiting most sports wagering outside Nevada Monday (which appears set to lead to an attempt led by Republican senator Orrin Hatch to draft a new federal law regulating gambling), we turn to…Charles Barkley?

Yes, the NBA on TNT analyst called in to The Dan Patrick Show Tuesday to discuss this, and he had a remarkable minute-and-a-half of rambling comparing gambling to marijuana, talking about how smoking pot just made him want to eat potato chips, and admitting that he currently enjoys gambling and has bet on basketball. Here’s the clip (the full 19-minute interview with Barkley touching on a wide range of other topics can be found here):

This starts with Patrick asking “Should the NBA embrace legalized gambling here?” and Barkley responding with a heck of a monologue:

“You know, Dan, first of all, the notion that people don’t gamble on sports is ridiculous and silly. I mean, I love to gamble. I don’t even know, I mean, the notion that you have to go to Vegas and bet on sports is silly. It should have been legal a long time ago. But I feel the same way about gambling I do about pot. I don’t smoke pot. I’ve smoked pot maybe five times in my life, and all it did was make me want to eat potato chips. So, I don’t, now they’ve got legal pot everywhere, it’s not going to make me go out and start smoking it. I feel the same way about gambling. Just cause they got gambling legal (note: they actually don’t at the moment, as this decision just killed the federal law that prevented states outside Nevada from regulating sports wagering rather then actually legalizing sports wagering, something that will likely wind up being state-by-state), people who don’t gamble aren’t going to rush out to the casino, places like that.”

“I don’t actually know what it means, it just means a bunch of rich guys and the government are going to make a lot more money. That’s all it means. I mean, the government, man. As much as I love this country, and it’s a great country, though it’s got some issues. It’s kind of like the marijuana thing. It used to be illegal, they put all these guys in jail who probably shouldn’t be in jail now that they make a lot of money on it, and now they’re just going to make a lot of money on gambling. That’s the way I look at it, to be honest with you, my brother. I’m not going to run out, I’ll always gamble, I’m always going to gamble, but this notion that ‘Gambling’s legal now, everybody’s going to go out and start gambling,’ I don’t believe it. I told you, I feel the same way about pot. I don’t smoke pot, now that it’s legal, I’m not going to go out and start smoking it now.”

Patrick then asks “Do you bet on the NBA games? The Finals? Playoff games?” Barkley responds “Would I bet on the Finals?” Patrick replies “Do you, have you bet on them?” Barkley responds “I’ve bet on basketball before, yes.” Patrick asks if Barkley has a bet on these playoffs, and Barkley replies “No, not really, because I don’t think it’s going to be much of a series.” They then veer into discussion of the Eastern and Western Conference Finals, with Barkley noting that the odds for betting on the Warriors aren’t good: “You’d have to bet like five dollars to win a dollar. That’s stupid.” Patrick then suggests betting on the Celtics, and Barkley says that series is a toss-up.

It’s debatable if this interview actually involves Barkley admitting to illegal gambling. His “the notion that you have to go to Vegas and bet on sports is silly” remark could perhaps be read that way, but he could just be saying that plenty of people do use bookies and offshore books of questionable legality rather than admitting to it himself, and his “I’ve bet on basketball before, yes” comment could maybe just mean through legal bets at a Vegas casino or in other jurisdictions (like some Canadian provinces) where there are legal forms of sports wagering. In any case, it’s probably not enough in its own right for anyone to go after him, but it’s certainly an interesting response to this issue, and an interesting one to issue on the air. (That’s not even the first time in the last month or so a sports media figure has admitted potentially-illegal behavior in a radio interview, though.)

Overall, Barkley has somewhat of a point. We don’t know what framework is going to come into place for sports betting yet and how desirable it will make it, and it’s also certainly true that plenty of people aren’t going to take up wagering on sports just because it’s suddenly legal. An interesting element to consider there may be daily fantasy, which has some elements of sports wagering (the debate about if it’s gambling or not will be argued from here to eternity by companies and regulators) and has been legalized in some jurisdictions (and is disputed in many others); it’s still a prominent part of the sports landscape, but it hasn’t risen to the heights envisioned by operators during the great advertising war of 2015.

Wagering on games on the money line, point spread or over/under is simpler and more familiar to many than many daily fantasy contests, and it seems likely expanded legalization could lead to more betting on sports (and to more sports media coverage and normalization of gambling), but it should definitely be considered that not everyone is going to start placing sports wagers instantly, especially when we don’t yet know how difficult it will actually be to do that.

This is far from a good way to make that point, though. The 90-second-plus rambling monologue from Barkley covers a whole lot of ground, loops back on itself several times, and even seemingly disproves part of its own point (if smoking marijuana is so anathema to Barkley, why’d he do it five times?). And it contains everything from pot and potato chips to government discussion to discussion of marijuana jail times, and then some far-from-clear comments on his own gambling, and is more proof that while Barkley’s often entertaining on non-NBA topics, he isn’t always all that insightful. Hopefully this doesn’t lead to Turner giving him another serious discussion show. (Although, if this leads to Shaq trying to math out the odds on air, that could be highly entertaining.)