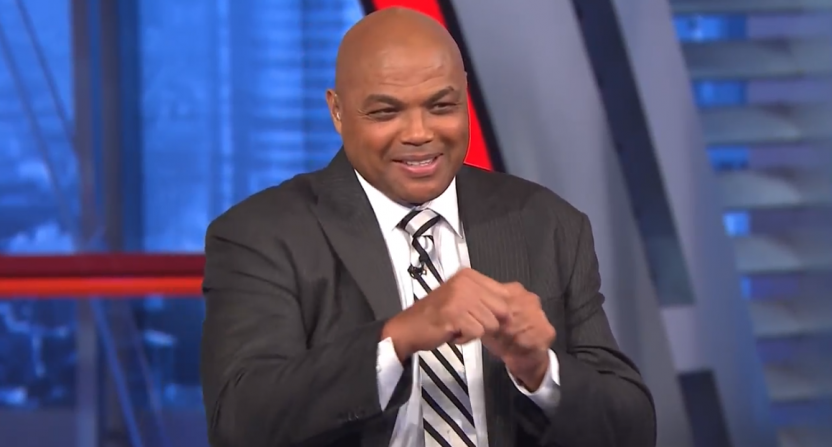 It’s been an incredibly long run for Charles Barkley as a Turner analyst, as he first joined TNT way back in 2000. And Barkley’s floated the idea of retirement several times over the years; he signed an extension through 2024-25 (when Turner’s NBA contract is up) back in 2015, but only did so after an in-home pitch from Turner president David Levy and other key executives with $1,700 of wine and tequila involved, and said even then he was eyeing 2020 as an exit date. Well, Barkley now seems set to stick it out a little beyond that, but not until the end of his deal.

With Levy now gone as part of AT&T’s purchase of Time Warner (and renaming of it to WarnerMedia, which is expected to end the Turner brand), there’s been more discussion of Barkley leaving before his contract ends. And Barkley told Rob Tornoe of The Philadelphia Inquirer earlier this month that he’s considered retiring as early as next year, but hopes to stick it out until 2023 (when he turns 60). Barkley reiterated that in stronger terms still to Sports Business Journal‘s John Ourand in a piece published Monday:

“I think about it every year,” Barkley said. “I’m not going to work forever. I can promise you that. My goal is to try to make it to 60. I turned 56 a couple of weeks ago. I think 60 is a nice round number.”

…Barkley pushed back when I pointed out that it seems obvious that he loves his job, and working as an analyst on “Inside the NBA” hardly appears to be taxing.

“You can’t work until the day you die. Stop it.”

The more notable element here may be Barkley talking about 2023 as an exit date, as that’s a shift from his previous comments about 2020. If he’s going to stay on even under the new WarnerMedia regime, that should keep some NBA on TNT continuity for the next while. And it’s also possible that Barkley will reconsider this in a few years and decide to stay to the end of his contract or beyond.

But there also may be some merit to Barkley getting out then. He’s still not that old by TV sports analysis standards, but he’s been doing Inside The NBA for so long at this point that there could be some boredom there. He’s gotten to shake it up a bit in recent years with March Madness work and other projects like American Race, but there’s still a regular routine here, and while it’s certainly not the toughest job in the world (especially with the fun touches the Inside The NBA cast bring to their interactions; this isn’t all serious, all the time), it’s understandable why Barkley doesn’t want to do it forever. Then again, he’s floated this idea of retiring before and hasn’t actually done it. We’ll see what happens in 2023.