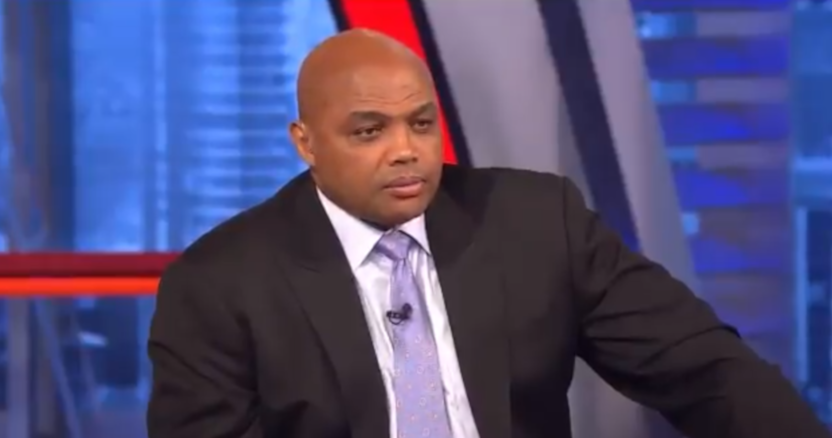 Turner Sports NBA analyst Charles Barkley is known for some digressions into non-basketball matters, from the NHL to Skip Bayless to the Oakland Raiders, and he isn’t afraid to touch political topics either. Barkley criticized U.S. president Donald Trump’s immigration policies on CBS’ The Late Show in May 2017, hosted an American Race show (initially called The Race Card) on TNT in the summer of 2017 (which included him arguing with Richard Spencer), and went on CNN in December 2017 to praise Alabama Democratic senator-elect Doug Jones (who he also appeared with at a pre-election rally).

But Barkley’s political comments have largely come in venues other than his main role on TNT’s Inside The NBA; that changed Thursday night, where he complained about fan voting for the NBA All-Star Game by referencing 2016 Trump’s election.

Charles Barkley's argument against fan voting for the All Star game is pretty damn compelling pic.twitter.com/KJMLayOLxV

Barkley: “I don’t like the fans voting”
Kenny Smith: “You’re a fan”
Ernie Johnson: “Get used to it, it’s only been happening your entire life”
Barkley: “That don’t make it right. Look what happened last time we let them make a big decision”
Smith: “What happened?”
Barkley: “Get a clue: White House”
Johnson: “So you should take that vote away from the fans too?”

Saying controversial things on Inside The NBA broadcasts is far from unusual for Barkley, and this wasn’t an extended political discussion, but rather a one-off line (and one Smith had to tease out of him in order for it to be explicitly political). This is far from the strongest political statement Barkley’s made or the harshest criticism he’s offered of Trump, and he also likely isn’t seriously arguing that U.S. leaders shouldn’t be elected, but rather pointing out that democracy has some results he doesn’t like.

If Barkley had said this in an interview on a news network or on a talk show, it probably wouldn’t have gotten much attention. But it’s notable to hear Barkley make a remark like this on Inside The NBA, and while this still hasn’t provoked massive outrage (so far at least), it’s interesting to consider that something like this on ESPN probably would have fired up a whole round of “ESPN is too liberal!!!” takes.

That doesn’t seem to happen much with Barkley, as most people seem fine with him saying whatever pops into his mind (something he also showed off in another exchange Thursday, one continuing his feud with fellow panelist Shaq):

Charles Barkley: I’ll drop you like a bad habit Shaq

Kenny Smith: What bad habits have you ever dropped?

Charles Barkley: None. I wanna go to hell with the rest of my friends

Give Inside The NBA another Emmy ???? pic.twitter.com/UldMiROwjT

And that’s somewhat understandable. As Barkley noted when hosting Saturday Night Live last March, “I’ve been saying whatever the hell I want for 30 years, and I’m doing great” (which was in response to Fox News’ Laura Ingraham telling LeBron James to “shut up and dribble“). Speaking his mind seems to be working out just fine for Barkley, and it hasn’t brought much backlash against him, TNT, Turner or AT&T. But it’s interesting that so many people get riled up around any hint of political discussion at ESPN, and that there hasn’t yet been backlash on that level for Barkley and Turner.