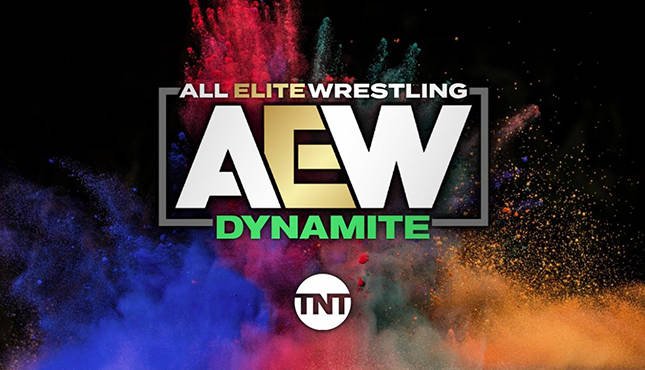 Back around the announcement of the NHL on TNT deal in April, it was discussed that AEW: Dynamite would be heading to TBS. There’s now an official date for that move: Jan. 5. And that makes sense, considering that the NHL on TNT schedule is only Wednesday games at 10 p.m. ET (following doubleheaders in the two opening weeks) from Oct. 27-Dec. 29, but it moves to full doubleheaders beginning Jan. 5; thus, AEW: Dynamite needed to either shift nights or networks, and shifting networks was probably easier. However, recently-launched Friday show AEW: Rampage will remain on TNT. Here’s more on the AEW move from a WarnerMedia release:

The All Elite Wrestling (AEW) franchise expands its WarnerMedia footprint with “AEW: Dynamite” moving to TBS, beginning January 5, 2022. Until then, AEW continues to deliver world-class matches and the most entertaining moments in professional wrestling today, with all-new episodes of “AEW: Dynamite” airing Wednesdays on TNT at 8 p.m. ET/PT.

“AEW: Dynamite” is delivering its best ratings since launching in October of 2019. Its current performance has the show’s strongest quarterly average ever in both total viewers and P18-49, up double-digits in audience vs. its performance a year ago. Most recently, “AEW: Dynamite” has been the #1 cable program on Wednesdays in P18-49 four weeks in a row.

Additionally, in 2022, “AEW: Rampage,” which features the world-renowned stars of AEW, will continue to air Fridays on TNT. Since its August 13 debut, “AEW: Rampage” has ranked as one of the top cable programs on Friday night. The second week of the show featuring the debut of CM Punk delivered the strongest ratings for the AEW franchise since the premiere of “AEW: Dynamite.”

Having shows from the same promotion on different networks is nothing new in wrestling, as WWE’s Monday Night Raw and Friday Night Smackdown (which has been on many different nights over the years) have long been on different networks; they’re currently on USA and Fox respectively. And it helps that TNT and TBS are close to each other in most channel listings, making for a relatively easy find even for those unaware of the switch. At any rate, it’s notable to have a date for that Dynamite move, and to have the news that Rampage will remain on TNT even after Dynamite leaves for TBS.