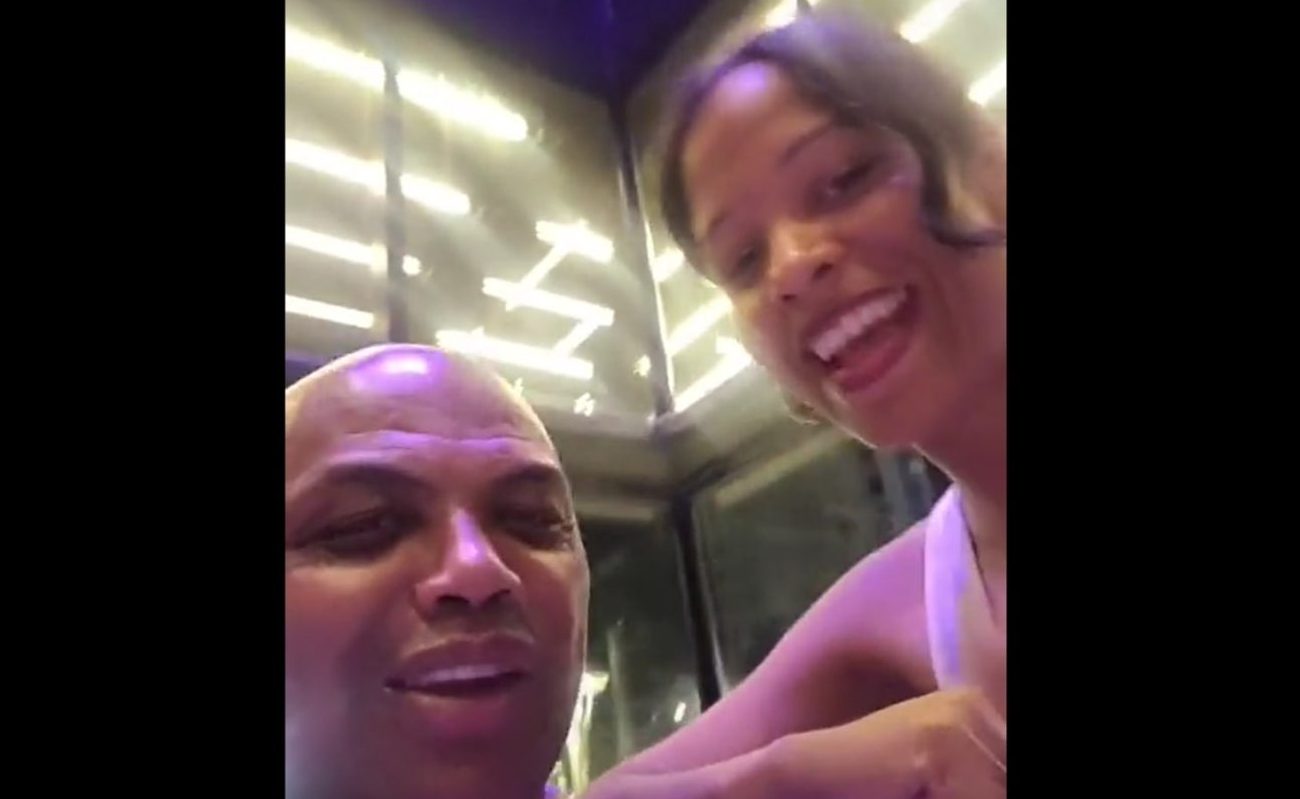 A woman at a bar asked someone for help recording a TikTok and that person just so happened to be a slightly tipsy Charles Barkley.

“What do you need me to do?” Barkley asked after the woman handed her phone to the basketball Hall-of-Famer and popular TV analyst.

Charles Barkley wanted to do a TikTok. ?
(via tootallmika/TikTok) pic.twitter.com/v4IhQ6Wax6

We’ve already seen the 59-year-old Barkley’s inability to operate a cell phone on TNT’s Inside the NBA multiple times. Last year, Ernie Johnson had to confiscate Barkley’s phone because he couldn’t get it to turn off while they were live on-air. Making matters worse, Barkley’s phone was playing hockey highlights from ESPN. And to further prove his lack of understanding of modern technology, Barkley previously showed America how he cleans his phone, with his tongue.

Based on that information, it should be to no one’s surprise that Barkley was hilariously confused as he attempted to record a TikTok while sitting at a bar, presumably after one, two, or who knows how many adult beverages.

“Wait, can I get in myself in it?” Barkley asked the woman. “I wanna do a selfie, I’m not in the picture right now. This is just you.”

Despite his lack of social media prowess, Barkley was in the TikTok with her the whole time. “Just wanted to make a sick dance video and this guy ruint it. He was still very sweet though,” she captioned the TikTok video, giving off the impression that she didn’t know who the Hall of Famer was. She may not have assumed he wouldn’t know how to record a video, but she had to have at least recognized Chuck when she handed him the phone, right?

The “new media” can talk all they want about being better than the old media, but no matter how hard they try, Draymond Green and JJ Redick will never be able to match Barkley’s ineptitude with TikTok or cell phones.