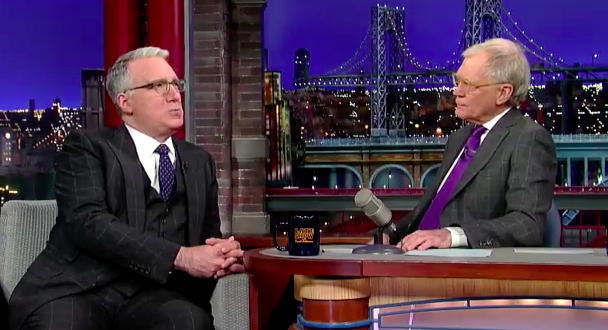 Keith Olbermann got in a Twitter fight with Penn State students.  Then he got suspended by ESPN for it.  Then he said he was going to stop his Twitter “batting practice” in a thoughtful essay.  Then he went on Letterman to talk about it all.

Of note in the Letterman interview, Olbermann said that Twitter is “the first true sign that society is disintegrating.”  Olbermann also remarked that the key to Twitter is to not look at anything with your name in it and suddenly you’ll discover extra free time during the day.

KO’s comments represent quite the reversal from someone who once took pride in his various Twitter Wars and social media kerfuffles.  More and more prominent sports media personalities are speaking out about the downside of being active Twitter.  It will be a compelling story to see whether or not that trend continues and whether or not there’s a shift that takes place in the medium.  Enough people have gotten fired or suspended over dumb things they did on Twitter, right?