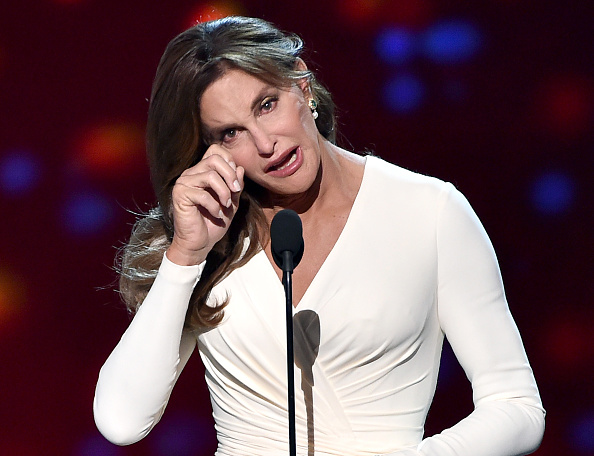 Philadelphia sportscaster Howard Eskin is known for trolling fans not just in his native Delaware Valley, but also across the country. Shortly after the Arthur Ashe Award for courage was handed to Caitlyn Jenner, Eskin put out the following tweets, first putting her original name in quotes, then using the term “freak” to describe her: 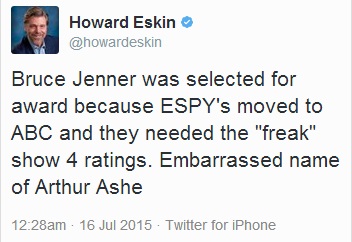 Eskin received some backlash over the “freak” tweet because an hour later, he deleted it and issued a revised opinion:

Bruce Jenner was selected 2 win Award because ESPY's switched 2 ABC and needed the ratings for the show. Embarrassed name of Arthur Ashe

Well, Eskin is entitled to his opinion, but originally calling Jenner a “freak” is what leads some transgenders to commit suicide. Eskin is from a generation that has a hard time accepting transgenders, but to go with the “freak” word shows that he has a long way to go in tolerance as well.

UPDATE, 1:45 p.m. ET: Eskin has now apologized, but in doing so, he also misspelled “Caitlyn”:

I was insensitive. I personally apologize to Caitlin Jenner and anyone else I hurt with my offensive and inexcusable remarks last night.