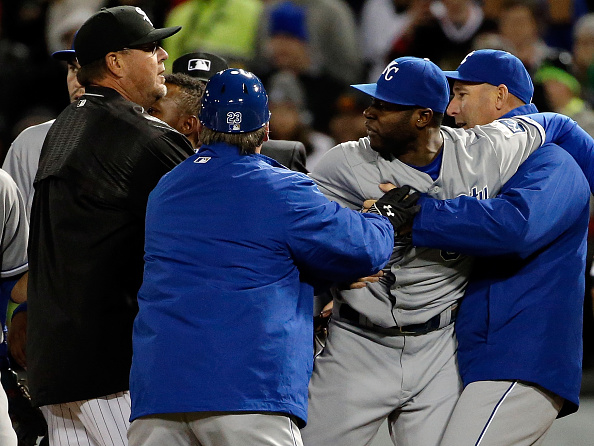 On Thursday night, the Chicago White Sox and Kansas City Royals engaged in our first full-fledged basebrawl of the year. When all was said and done, five players were ejected, including each team’s starting pitcher (though each’s evening was essentially already complete).

Over on CSN Chicago, Hawk Harrelson and Steve Stone were on the call, and Harrelson was in his element on the call. For once, Hawk wasn’t just entertaining…he was talking downright reasonably.

Some of the highlights from Hawk…

-“If he was trying to provoke anything, he oughta have his behind beat”
-“I’m sure if any of those guys want a piece of Samardzija, he’d be willing to oblige”
-“That’s just absolute stupidity. That’s all that is. Sheer stupidity from that guy. I tell you, he keeps this up, he’s gonna get his behind whipped”

In a vacuum, Hawk Harrelson isn’t really a good broadcaster (a notion that I think our readers will completely support). But if you’re simply looking to be entertained while watching a game you have no rooting interest in…on some nights, Hawk is exactly what the doctor ordered.