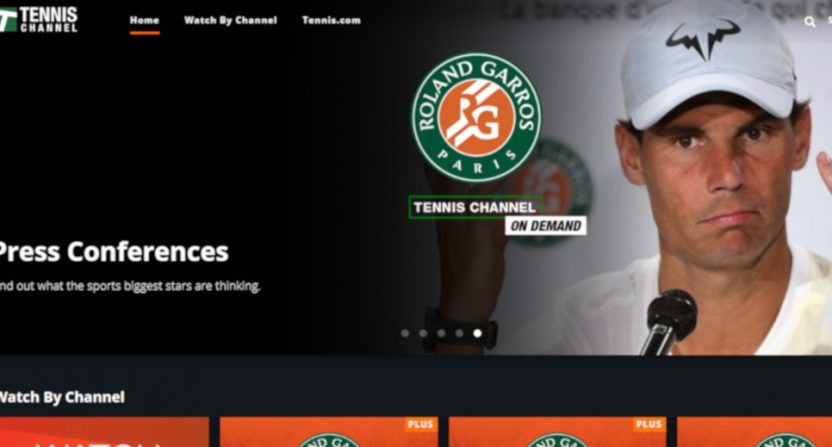 This year’s French Open has been very good for Tennis Channel (which splits coverage of the tournament with NBC). Helped by high audiences for matches featuring Serena Williams and Madison Keys, the network averaged 260,000 viewers for last week’s first week of the event, a 47 percent boost over last year. Here’s more from a Tennis Channel release:

Tennis Channel averaged 260,000 viewers during live coverage the first week of the two-week French Open, the sport’s most prestigious clay-court event.  This represents an increase of 47 percent vs. an average of 177,000 viewers for live coverage during the same period in 2018.

American stars Serena Williams and Madison Keys delivered high-water marks for Tennis Channel last week.  Williams’ first-round victory over Vitalia Diatchenko on May 27 averaged 446,000 viewers, while Keys’ win over Anna Blinkova in the third round on June 1 generated a 448,000 average.

Some of this may be about rising subscribers for Tennis Channel. Ahead of last year’s tournament, their Nielsen coverage estimates rose from an estimated 44,361,000 homes in February 2017 to an estimated 55,487,000 in April 2018 thanks to a big March 2018 jump. The last coverage estimate from a full Nielsen report we have for them is 54,901,000 in September 2018, but SportTechie said they were at 61 million homes in January 2019. If they’ve maintained that level, that’s an extra five million subs or so versus last year’s tournament, and having more people with access to your network obviously can boost the ratings.

This also may be about the matches, though. Both Williams and Keys are great draws, as those numbers show. And Tennis Channel is set for some more high-profile matches, including a semifinal between Roger Federer and Rafael Nadal on Friday. At any rate, they’ve certainly posted remarkable year-over-year ratings growth. There aren’t too many properties that can ever claim a 47 percent jump, but Tennis Channel’s French Open coverage is now one of them.