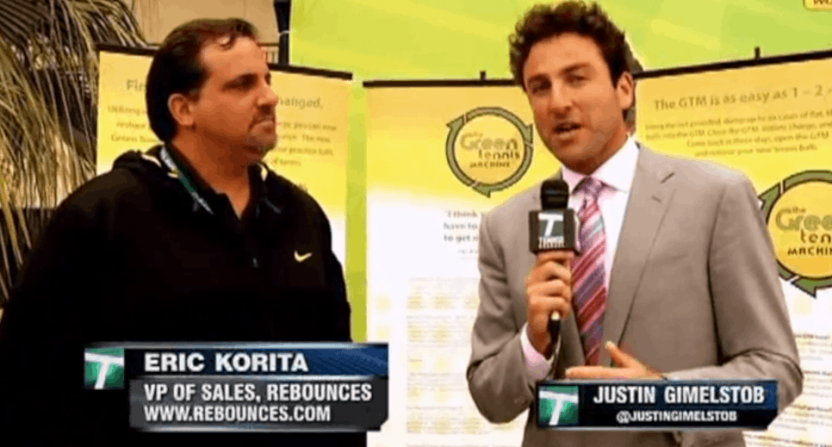 Justin Gimelstob has been on a leave of absence from Tennis Channel since November 2018 following an arrest on a felony battery charge and The Telegraph publishing a list of other allegations of violence against him. That also led to people bringing up previous past sexist and homophobic comments from him. The felony battery charges came from an incident last Halloween, where Randall Kaplan accused Gimelstob of attacking him from behind while they were trick-or-treating with their kids, striking him 50 times while threatening to kill him. And now, Gimelstob has pled no contest to that charge, which was reduced to a misdemeanor and led to him receiving community service and probation:

Breaking : Tennis broadcaster and #ATP board member @justingimelstob pleas no contest to battery with serious bodily injury in what a judge calls “a violent, unprovoked attack in public in front of children” on Halloween in LA.

. @justingimelstob plea of no contest to the felony was reduced to a misdemeanor by the judge. The tennis kingpin gets three years probation plus 60 days community labor and cannot own a firearm for 10 years.

Gimelstob initially pled not guilty in December (despite prosecutors’ claims to have video of the incident), put out a statement blaming “the long history of Mr. Kaplan’s behavior and toxic interference in my life,” and told TMZ in February “I’m not the person that’s been depicted here.” So the no contest plea seems like a bit of a change, but it does mean that he avoids jail time (the felony charge could have led to up to four years in prison).

“Justin Gimelstob pled no contest today to the charge filed against him and the Judge, after evaluating the evidence, exercised his discretion and reduced the charge to a misdemeanor. Justin did this to move on with his professional life and focus on his family.”

We’ll see what this plea means for Gimelstob’s career. In addition to his work for Tennis Channel, he’s currently a member of the ATP board of directors, which voted Dec. 14 to not remove him from that position at that time. That might change now that the legal process with his case has finished. Also, Tennis Channel’s statement to Deadline in November on Gimelstob’s leave of absence focused on “recognizing due process”:

“Justin asked Tennis Channel for a leave of absence while he works through this issue,” the Sinclair-owned network said in a statement to Deadline. “As he is a longtime, valued member of our network family, we of course granted it to him. We believe that in today’s climate, perhaps more than ever, it’s important to recognize due process and the fact that there are multiple sides to every story. We don’t want to rush to immediate judgment, and will follow this closely as more detail comes to light.”

Now that Gimelstob has pled no contest, it will be interesting to see if Tennis Channel brings him back.