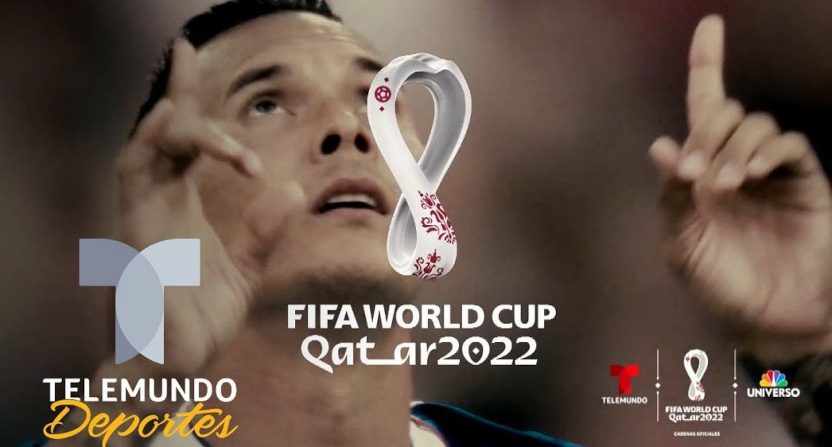 With Thursday marking 100 days until the full start of the FIFA World Cup in Qatar on Nov. 21 (although it’s now actually going to start on Nov. 20 with a match featuring hosts Qatar against Ecuador), Telemundo Deportes has announced more of the figures that will be joining their Spanish-language commentary team. Telemundo, Universo, and Peacock will combine to carry live coverage of all 64 matches, with all matches featuring dedicated teams of announcers calling games from inside the venues. Here’s more from a release:

“This is a year that will be a total game-changer for the biggest sporting event in the world, and we’re thrilled to celebrate this milestone by introducing and welcoming an impressive roster of legendary figures joining us in Qatar in 100 days,” said Ray Warren, President of Telemundo Deportes.

…“This is our most ambitious World Cup presentation yet with the largest onsite presence the network has ever had, and we’re proud to have a world-class team of experts and on-air talent at the helm of our coverage,” said Eli Velazquez, Executive Vice President of Sports Content, Telemundo Deportes. “This group reflects our commitment to deliver deeper coverage, unique perspectives, relevant storylines, and more excitement than ever before.”

This is going to be a unique World Cup thanks to its fall dates, and Telemundo is covering it in a big way with this massive on-site presence. They’ll have figures like Cantor working on both game broadcasts and studio coverage, and they have a wide range of analysts joining both their game and studio coverage. This fits with many of Telemundo’s recent sports pushes, including a Sunday Night Football expansion and Olympics, Super Bowl, and Premier League coverage, and it’s notable to see them continuing with this World Cup.

All of these World Cup matches will be available live on TV (same as in 2018, where all matches aired live on Telemundo or Universo), but a new aspect this time around sees Telemundo Deportes coverage of all matches airing live on parent company NBCUniversal’s streaming service Peacock as well. That streaming service will also feature a 24/7 World Cup channel with exclusive coverage. And it’s notable that all of these matches will feature in-venue commentary, as there’s been a pronounced shift towards remote broadcasting for many soccer matches in recent years. We’ll see how this kind of bet on extensive on-site coverage turns out for Telemundo.