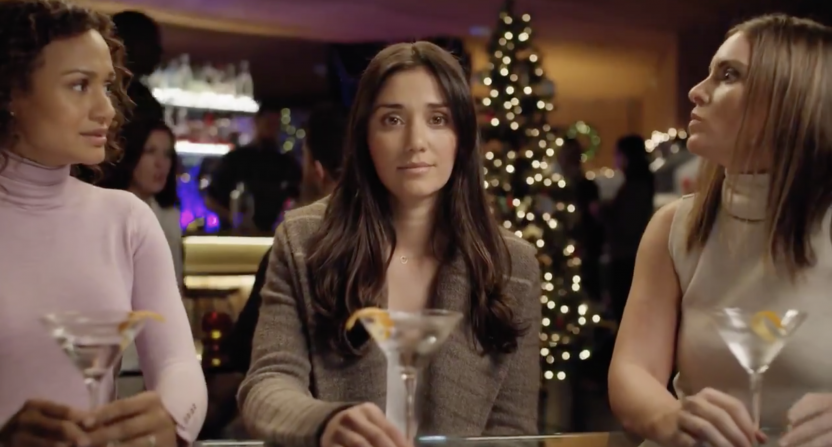 Throughout all this, the actress who people have nicknamed “Peloton Wife” has been largely hidden from the unexpected attention the ad has gotten. That was until Friday night when the actress playing the bike riding wife seemingly reprised her role and appeared in an ad for Aviation Gin, which is owned by Ryan Reynolds.

In the ad that’s within the same timeline as the Peloton ad, the wife (who is shown not wearing a ring) is at a bar with a couple of friends and is trying to take the edge off based on what previously happened to her.

If there was any way to deal with how bad the Peloton ad was, spoofing it like this was the best way to go. People have various views on what the Peloton ad means and represents but it’s almost universal that a husband spending a few grand on a fitness bike for your wife as a surprise and (I assume) without her telling you she wanted a Peloton is a massive risk for a variety of reasons if that played out in real life. Like those holiday car commercials where the husband buys his wife a car as a surprise. If I’m ever in that position (being married and having the money to buy a car as a Christmas present), I’m letting her pick out the car she wants because I’m not going to risk screwing up something that expensive and not asking her what she wants.

Peloton, whose stock dropped since airing the ad, has since defended the ad blaming social media for turning it into something it wasn’t supposed to be. The actor who played the husband feared that being a meme might affect his career as an actor and teacher.

Despite that, it seems one person who was involved in the Peloton ad is making lemonade out of lemons.