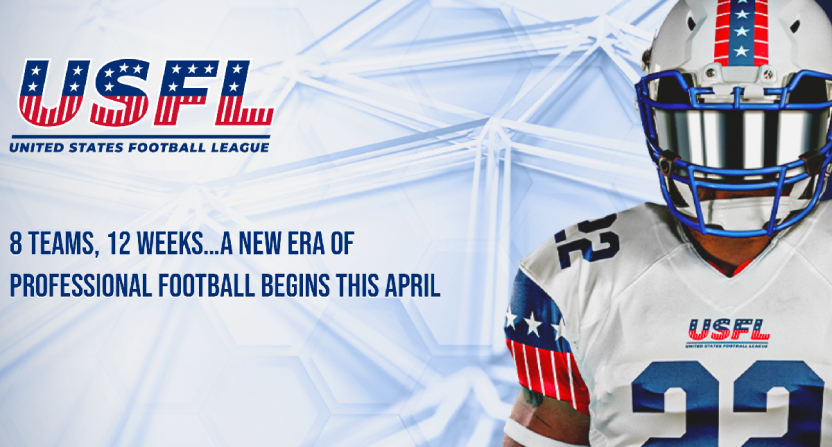 Fox Sports’ 1990s  “glow puck” (or “FoxTrax,” as they called it) for NHL broadcasts drew a lot of criticism, and is still remembered today (and not always in a positive light) in the titles of books like Greg Wyshynski’s Glow Pucks and 10-Cent Beer: The 101 Worst Ideas In Sports History.  Despite that, though, Fox is apparently returning to the idea of a glowing sports object for its broadcasts of the new United States Football League (a league where Fox also holds a significant ownership stake). As per Michael McCarthy of Front Office Sports, USFL executive vice president of football operations Daryl Johnston (the long-time NFL on Fox commentator, most recently paired with Chris Myers and Jennifer Hale) said recently USFL broadcasts on Fox will use a glowing ball around the goal line:

The league will experiment with a football that “glows” when it reaches the goal line, according to Daryl Johnston, the ex-Dallas Cowboys fullback turned executive vice president of football operations for the USFL.

During game telecasts, viewers often can’t see the ball under the pile of bodies at the goal line, noted Johnston during a Monday appearance on Fox News. An illuminated ball could help.

“That’s something we’re hoping to have this season,” Johnston said.

“Hoping to have” certainly isn’t definitive, and it’s notable that this is coming in an outside article rather than in a league press release. We may not see the glowing football this year. But the idea of it certainly is interesting. Of course, there’s been plenty of ball-tracking technology before this, and even the NFL uses chips in the ball for its NextGen Stats system. But it’s notable to see a league talking about doing a glowing ball around the goal line on broadcasts. We’ll see if the USFL winds up doing that this year.