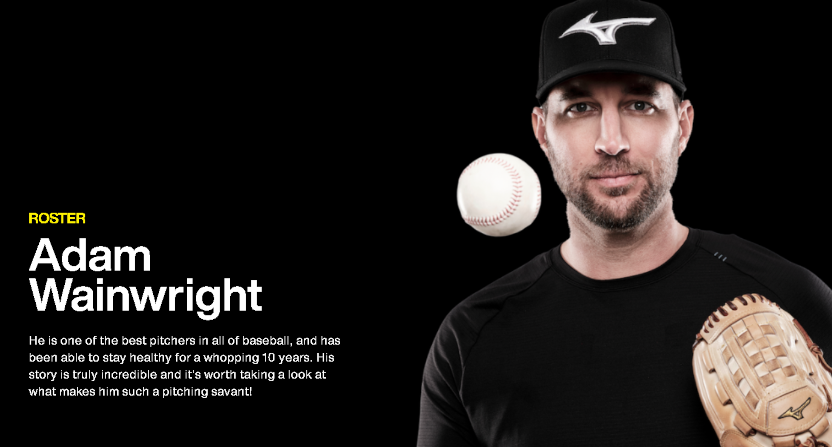 One of the largest hurdles in passing on knowledge is scale. In every sort of instructional setting, from academics to practical skills like cooking or repairs to the sports world, there are tradeoffs between how many people can access the information and how personal and interactive the setting is. For example, books or videos can be accessed by an unlimited number of people, but at the cost of that interactivity, while individual or small instructional sessions come with that personalization and interactivity, but are only available for a few people (they can lose that dimension if they scale up too far) and usually come at a much higher monetary cost.

There have been various attempts to bridge that gap. An intriguing new one in the sports space is new edtech platform VS, which has the goal of letting athletes pass on their knowledge to a wide group of people, but in a personalized way thanks to 3D modelling and conversational AI. In addition to offering classes on specific topics, VS stands out for what it’s trying to do with interaction; each of the athletes involved (it’s focused on baseball and softball so far, with athletes from Jennie Finch to Ozzie Smith to Albert Pujols) sat for a recording session, where they not only put together courses, but also were asked at least 600 questions on a variety of topics (from specific aspects of sports training to memorable moments and personal preferences).

The question database means that users can ask them questions and get video responses in real time from the 3D-modeled athlete, with the StoryFile conversational artificial intelligence technology comparing what users ask to what’s in its database and pulling up a related response (if it has one).  St. Louis Cardinals’ pitcher Adam Wainwright is one of many prominent athletes involved with this, doing video courses, instructional blog posts on the VS site, and also those questions for the interactive component. In a conversation with AA earlier this month, he said the filming for this was extremely detailed, covering a wide variety of questions people might want to ask him.

“We spent days working on it. They take their preparation very seriously. And the product that we put together is a product that everyone should be proud of. The answers with the questions you get asked, with the AI technology, it’s kind of crazy. You can ask how I throw my curveball, how I warm up, or even what’s my favorite color or favorite food. There’s all kinds of questions that answer all these different topics. And to each his own; who knows what question’s going to be asked, and they did their best to cover all those subjects.”

VS was founded by Wainwright’s current manager, Oliver Marmol, with a lot of input from his former manager Mike Shildt. Marmol told Forbes senior contributor John Perotto earlier this month that the inspiration for this came from a previous idea he and his wife Amber had to provide baseball lessons and use proceeds to help poor children in Guatemala, and that this was an attempt to scale it up. (10 percent of VS’ topline revenue will go to to charitable organizations that focus on development and access for underserved youth around the United States.)

“We had a lot of connections in the sports world and in the entertainment space,” Marmol said. “She said, ‘why don’t we put a high level of production around these athletes and allow them to teach how they became successful not only with the skill acquisition component, but the mental and emotional side of what goes into performing at the highest level and that’s how they deal with fear and doubt and anxiety and struggles and, and really allow them to pull back the curtain on what makes them successful?’”

And Wainwright told AA the involvement of Marmol and Shildt was what got him on board.

“They started telling me about the vision behind it and how it could be beneficial for athletes of all different sizes, and not even just athletes, people who want to get to know people better, people who have become big fans of people, or who for any reason just want to ask questions, if they’re just curious or whatever. I started getting interested because of the people involved, they were quality people who believed in the product. And they had some names involved who, quite frankly, were big-time guys, so I knew it was a big deal.”

He said his trust for Marmol and Shildt convinced him this was worthwhile.

“It’s with people that I trust. I don’t do lots of these things. It’s pretty rare for me to spend the time on this; I’ve got five kids at home and a pretty busy life as it is. But the people that were involved in this, I believed in them and I believed in their vision. And you can tell from the athletes that have gotten involved that others do too. It’s a great product, a different product, and the artificial intelligence aspect of it is unique in a way; nobody else out there lets you sit down and just have a conversation with people. It’s totally unique, but also done in a professional and awesome way where people are going to have a good time with it, I think.”

Wainwright said he and others involved have found it a great way to pass on what they’ve learned, and hopefully help the next generation of athletes.

“I just talked to Albert Pujols and a couple of other athletes who are involved with this also. I think the thing that we’re excited about is the opportunity to share the knowledge that we’ve gained over years and years and years of working. There’s knowledge that we’ve learned and lessons that need to be learned throughout time, but there’s also lots of lessons that we wish we’d learned quicker, that someone would have just told us or showed us the right way to do things.”

Wainwright said teaching younger players has long been a passion for him, and this lets him do it on a much higher scale.

“I like teaching. I like the game that I love. I have a good time teaching our young players that are already in the big leagues. I have a good time teaching people who are in high school, and younger than that even. I love going to the field with my local high school team in Georgia and helping those youngsters through some of the struggles they’re working with. And also, the guys who are really excited about the game and have a great future in the game, it’s great to help them reach the next level.”