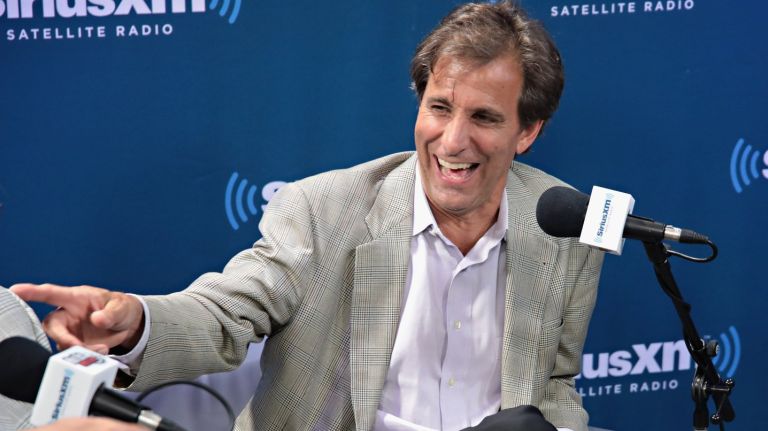 Brady made headlines recently when complained after ESPN tweeted out a quote of his during the show but failed to attribute a link, which, you know, welcome to the world sports media, Tom. But the larger point is that Let’s Go is a known quantity and, presumably, the kind of program that any sensible radio personality in close proximity would want to promote and align with.

But there are sensible radio personalities and then there’s Chris “Mad Dog” Russo. The channel’s namesake has not, and will not, promote Let’s Go during his daily radio show. Why? Because Tom Brady hasn’t personally reached out with a thank you note.

Maybe you've heard that @TomBrady has a weekly show with Jim Gray on Mad Dog Radio. Today, Mad Dog Russo revealed that he refuses to promote Brady's program until Tom bends the knee and thanks him for the amazing opportunity. ? pic.twitter.com/EwxG7Z0gdZ

“They’ve been begging me to promote it…when Tom sends me a text saying, ‘Chris it’s great to be on the channel, great to be part of it’ as everybody else does…when I get that (from Brady) then I will promote that show like you wouldn’t believe.”

As Mediaite notes, Russo said that everyone else who has had a radio program on the channel over the past 13 years has done so, including Pat McAfee, whose show is the lead-in for Mad Dog Unleashed every weekday. And while this might not sound like a big deal, if you know anything about Russo, it’s that he is willing to stick to his guns far beyond anything that seems reasonable to most humans.

So the question now is, will Brady answer the call? He doesn’t really need to. He’s Tom Brady. Russo should be thankful to have a guy who makes national headlines with just about everything he says on his radio channel. If push really came to shove and this became a bit more personal, the show could perhaps move to SiriusXM’s NFL Radio channel, where it currently replays on Monday evenings. But then again, will anyone even bother bringing this to Brady’s attention in the first place?

Welcome to the Chris Russo-Tom Brady cold war you didn’t even realize you needed in your life.