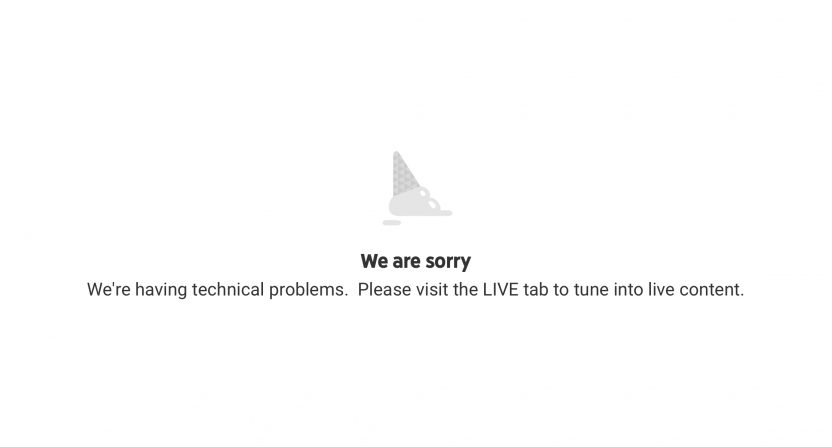 The YouTube TV outage on Tuesday hit users who were trying to watch the National League Championship Series, NBA Opening Night, or even This is Us. The outage not only affected YouTube TV, but also YouTube and YouTube Music.

The outage lasted for over an hour and half and inconvenienced all who were hoping to relax and watch sports, primetime programming, or even stupid cat videos. This showed that streaming services are still experiencing growing pains, especially during peak viewing times. And while this outage was more about the entire YouTube platform rather than just YouTube TV, a service failure like this should not happen when more and more are cutting the cord and are utilizing YouTube TV as their platform of choice.

When streaming video was in its infancy, outages were a common occurrence. But at this point, with better technology, more servers, and more people watching, tech companies that are providing content (whether it’s DirecTV Now, fubo TV, Sony PlayStation Vue, or YouTube TV) have to know the demands on their services.

If these companies are aiming to become viable replacements for cable and satellite providers in the next few years, they’ll have to step up their game. Outages like the one on Tuesday can’t happen, and they definitely can’t continue for over an hour.

Sometimes, this cannot be helped, because weather can cause outages (and this isn’t exclusive to streaming services, as Dish and DirecTV customers will tell you). But for viewers who have said goodbye to their hard-wired providers, they expect to turn on their TV, mobile devices, or tablets and see their desired channel, not a slide saying “Technical Difficulties” or “Sorry, Try Later.” That’s not going to cut it, and until these streaming services get issues like this resolved, outages will continue to be a major talking point for companies looking to fight back against streaming providers.