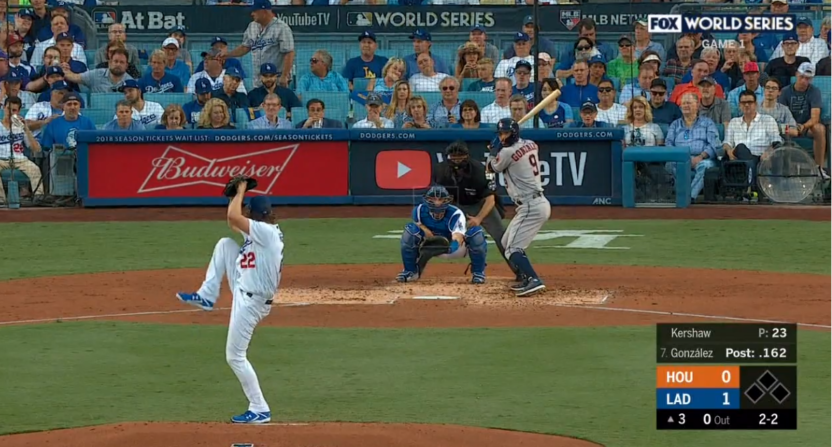 Google is continuing their expansion into the world of broadcasting via a deal with MLB to exclusively broadcast 13 games via YouTube and YouTube TV during the 2019 season.

This comes on the heels of Facebook and MLB scaling back their own partnership which had granted Facebook exclusive rights for a package of games last year. Via George Szalai at The Hollywood Reporter:

Google’s YouTube and Major League Baseball on Tuesday unveiled their first-ever exclusive live game distribution partnership, with 13 MLB games set to stream on YouTube and YouTubeTV during the second half of the regular baseball season.

The games package will be distributed on YouTube globally, excluding select territories, with exclusive distribution rights in the U.S., Canada and Puerto Rico. Dates and matchups covered by the deal, whose financial terms weren’t disclosed, will be unveiled in the coming weeks.

It seems like a much better fit than the Facebook deal, although that’s a low bar. One way in which it should differentiate itself: the user interface. Some viewers had a difficult time last year just finding the games on Facebook, with some reliability issues reported as well. YouTube, meanwhile, is literally built to do this kind of thing, and the YouTube TV interface is also very clean and user-friendly. (It’s generally reliable, as well, although there have been some notable and unfortunately timed exceptions.)

There will even be shoulder programming, according to Szalai’s piece:

The games will stream live on MLB’s official YouTube channel and via a channel on YouTube TV, the companies said. “All 13 matchups will include a pre-game and post-game show and contain MLB- and YouTube-themed content, with some of the highly popular YouTube creators scheduled to be part of the action,” they added. The games will be produced and enhanced for YouTube by the MLB Network’s production team.

When news that Facebook’s deal wasn’t renewed came out, it raised questions about whether MLB was reassessing the world of streaming rights entirely, or whether they were simply looking for a different partner. The YouTube deal says it was the latter. Whether it leads to a wider package being discussed next year probably depends on how these 13 games go, but it seems like MLB is certainly committed to exploring deals with new broadcast partners.

That’s probably good news. Competition is rarely bad for viewers, and while fans of teams playing in these 13 games might be annoyed that they have to scramble to find the game, the YouTube/YouTube TV experience has to be better than Facebook’s 2018 offering.

As long as it doesn’t crash.