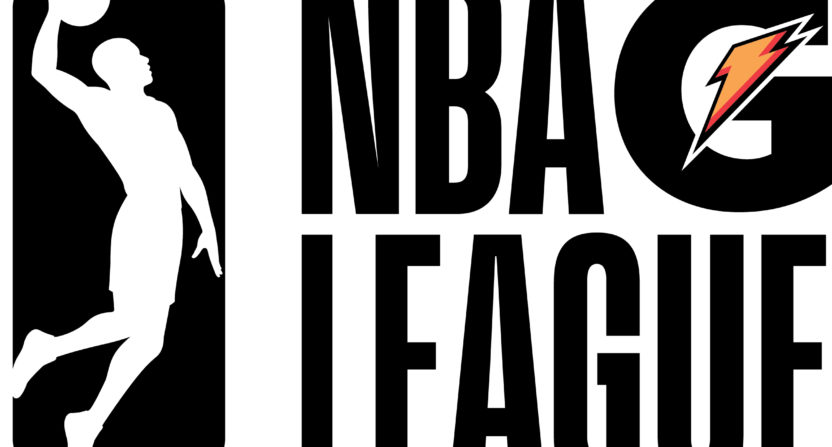 The NBA’s developmental G League has been used to test out a variety of different ideas, and now that’s spreading to the broadcasting realm. As per Eric Fisher and John Lombardo of Sports Business Journal, the league has signed a deal with Twitch to stream up to six games a week.

That deal is also going to include options for a lot of different features, including enhanced graphical overlays, in-game polling, and co-streaming. That latter one will let selected Twitch users offer their own commentary feeds, which could include “potentially more analytical or humorous takes or foreign-language discussions.”

And, as per comments executives gave to SBJ, if these ideas are successful at the G League level, they may be seen later in the NBA:

The G League streams will include a variety of other enhancements aimed at boosting user engagement, including potential elements such as in-game polling. “We see this as a real laboratory for experimentation for us, to play with different types of game presentations,” said NBA VP/Global Media Distribution Jeff Marsilio. “We’ve used the G League as a testing ground for a lot of new things, and this partnership continues in that spirit.”

The deal comes after NBA Commissioner Adam Silver in September said that the future of league broadcasts could include more interactive elements that are available on outlets such as Twitch. “We are always in the market for new ideas to enhance the production, distribution, and consumption of our game,” said G League President Malcolm Turner. “It is a fluid topic. We can learn and track some things. Basketball has been televised roughly the same way for decades. For us, it helps inform how fans will consume our game in the future whether it’s the G League and beyond.”

The idea of alternative commentary and analysis feeds has been tried before, including by Twitter with Cris Carter on Periscope for Thursday Night Football in 2016 and by Amazon with different feeds for their own TNF broadcasts this year. It’s also a popular unofficial approach, with the likes of Curt Schilling broadcasting their own commentary on games.

But it’s interesting to see this in basketball, and Twitch’s userbase and interface is certainly set up to handle that pretty well. And foreign-language discussion in particular might be valuable, given the widespread appeal of basketball.

Granted, there are plenty of other basketball games going on in both the NBA and in leagues elsewhere, and there’s tons of other streaming competition on Twitch from video games and more, so it’s not like everyone’s going to be glued to these games.

But it’s an opportunity for Amazon-owned Twitch to pick up some sports programming at a relatively low cost, and an opportunity for the G League to get their content out there. (They streamed about 520 games on Facebook last year, so it will be interesting to see how this compares for them.) It’s also a chance for the G League and the NBA to explore some different broadcasting options and features. We’ll see how it goes.