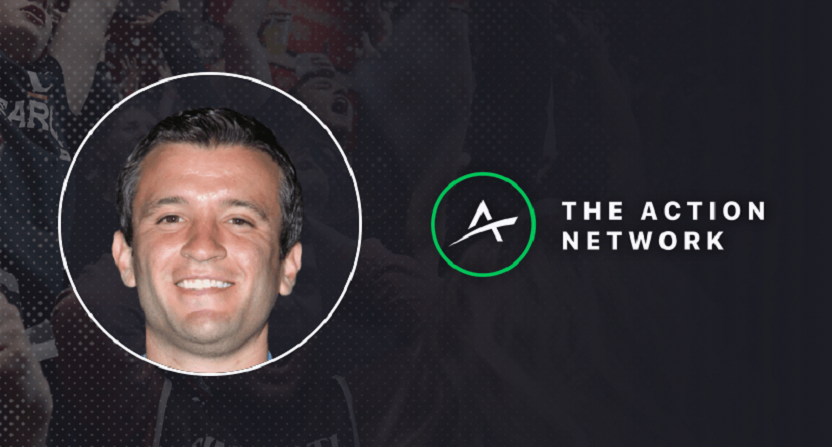 If you’re an NBA fan on Twitter, you’ve seen a tweet from Rob Perez. The man behind @World_Wide_Wob, Perez has become a must-follow for anyone looking for quick video of the best and/or funniest basketball moments.

That includes the offseason; here’s Joel Embiid taking on four kids, for example, which goes about as well as you’d think for the kids:

Perez was also on camera via Buckets, a streaming Cycle show with ESPN’s Cassidy Hubbarth. Perez has the skillset, experience, and following that was always going to make him attractive to a bigger network, and now we know which one he’s heading to: The Action Network.

The sports gambling-centric company announced they’d signed Perez to a deal that will see him working across all the network’s platforms.

The Action Network announced today that it has signed Rob Perez, aka @World_Wide_Wob, to a multi-year deal as a Senior NBA Producer. In addition to the massively popular videos Perez regularly creates, he will also be writing, podcasting, contributing content to The Action Network social platforms and developing new programming.

“I’m excited to be joining The Action Network team and am thoroughly impressed with what they’ve put together in such a short amount of time,” Perez said. “They get it. I don’t even know how to define what ‘it’ is, but you know when someone has it. Parlay this with their belief in my crazy vision, and I have no doubt we’ll be doing something game-changing soon.”

Perez exclusively spoke to Michael McCarthy of The Sporting News about the move:

“The goal is to be a Swiss Army Knife in terms of content, whether it’s writing or digital videos,” Perez said. “We have plans to produce a live show as well. Anything that’s possible in 2018 media in terms of how to get the word out to people is something we’re looking to accomplish.”

Perez, a former writer with Fox Sports and The Big Lead, will work full-time with The Action Network, based out of New York City. His “Buckets” podcast with Hubbarth, ESPN and Cycle Media will likely be discontinued. But he’ll look to do a similar show at The Action Network.

“My hope, and my goal, is that Cassidy will be a part of it,” Perez said. “Obviously there’s a bigger business discussion that has to be had there for that to come close to being official. But that show for sure is something we’re looking to bring over to The Action Network full-time.”

This is the kind of hire we’ll likely see more of as networks attempt to give people what they already want (in this case, Perez’s perspective, voice, and ability to entertain a modern NBA audience). It’s a shame that Perez will have to discontinue some of his current ventures to make the move, of course, but that’s how business gets done.

As for why Perez would want to move to a company more focused on gambling and fantasy sports, he seems to view it as a new frontier:

“This industry is in a ‘Eureka’ situation: We’ve found gold in the West,” Perez said. “People are taking the Oregon Trail out there to figure out how they can get a piece of it, whether you’re on the sports book-maker side of the fence, or you’re a gambler, or you’re simply just commentating and being an analyst of the content. The Action Network has a combination of all of the above.”

It will be interesting to see who else follows Perez to The Action Network as sports betting ramps up. But for now, this seems like a solid move for all parties.