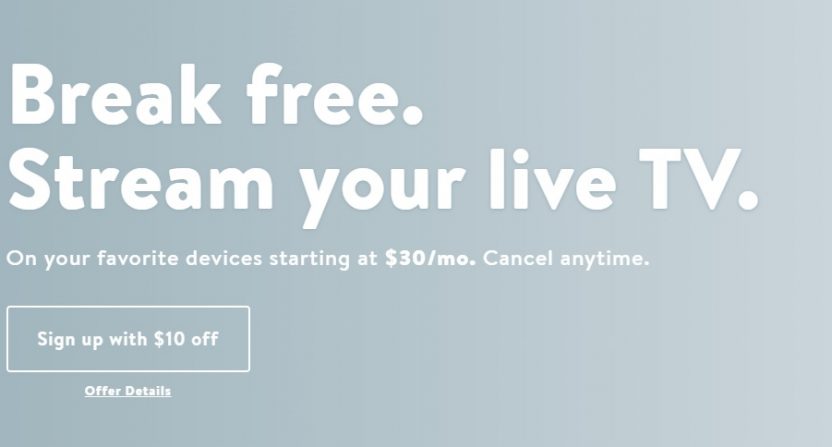 2020 has been a big year already. My family has finally decided to pony up and contribute to my AT&T TV subscription. Progress!

While I’m fortunate to pay about $70 a month for over 100 channels, most looking to cut the cord are not grandfathered into the pricing I receive. Add in internet (another $70 a month), plus Showtime, Hulu, Netflix? I’m not too far from a $200 bill, and I’m on the low end.

Sure, it’s been written about numerous times. Are you really saving money? Is it worth it? It’s a bit of a crapshoot. To be frank: you’re not. Not anymore, at least.

When streaming services were first rolled out, there was a great amount of uncertainty on not only the streaming side, but also the network side. The entire concept of the cable bundle had been so viable for years, funding about 85% of a network’s revenue. 85%. Of course, networks were going to take this not only slowly, but carefully. Networks wanted to be courted.

And streaming, did they court. They knew they had the future of content distribution, but had to prove it. So, they overpaid for it. How? Content is expensive. It’s why providers and networks got into the problems that shattered the bundle originally. But broadband isn’t. It was, and is, dramatically cheaper. Moving the content over to this delivery platform not only made sense to the provider, but to the networks as well. They were still receiving the fees per subscriber they were charging over traditional cable or satellite. That would only last for so long, of course. Courting is short lived.

First, look at broadcast rights across the major networks for various professional sports. The exclusivity of content is becoming non-existent which was what major networks paid for. Thursday Night Football is available on Amazon Prime, NFL Network, and FOX (give or take an exclusive game or two). They are all paying for those rights, and those costs are being passed on to you, the consumer.  It’s what we asked for, right? We want all the content, whenever and wherever we can get it. FOX signed a five-year agreement with the NFL back in 2018 for $550M. That was up from the $450M that CBS and NBC paid for the package two years prior.

Amazon’s relationship with the NFL is only growing. They are becoming a legitimate broadcast partner with top name talent and technical upgrades. While their agreement is technically expiring this year, don’t expect the relationship to end there. AT&T’s Sunday Ticket rights expire in 2022, leaving the door wide open to a possible major partnership that Amazon could easily take over, increasing the digital platform of the NFL exponentially.

Then there’s the general cost of content, inflation over the years, and of course, competition. Various services are now offering the same content, trying to beat each other out on pricing and features like DVR storage and screen sharing.

This ultimately leads to the resurgence of a bill we thought we’d never have to see again. You’re being asked to bundle services and you’re getting notices that you’re losing channels due to pricing and carriage disputes. We’ve come full circle. Take PlayStation Vue, for instance. The first to fall. They are discontinuing their services at the end of this month because of the competitive landscape and the rising cost of content. It’s the survival of fittest.

It’s all about the stand-alone services. The next wave of content distribution has already begun with Hulu, Disney+, and ESPN+ bundling. It’s becoming a hassle to subscribe separately, not to mention costly. You’re getting an average of 25% savings with the above Disney bundle and they can grow the distribution of ESPN+ among those who might normally not have interest. Amazon boasts their “no cable required” offering with HBO, Cinemax, Showtime, and Starz as a bundle. Traditional providers are even using these stand-alone streaming services to retain their customers.

The last piece of this is the live sports content. While Netflix is as close as it’s ever been to be a true replacement of the traditional TV, live sports still reigns.

It’s a double-edged sword, wanting content at our fingertips while the cost of distribution stays, at the very least, stagnant. Expect streaming service bundling to increase this year, digital rights for live sports to expand, and your bill to increase. Sharing screens is a great way to share cost, but just make sure your fellow family members/friends/exes are paying up.