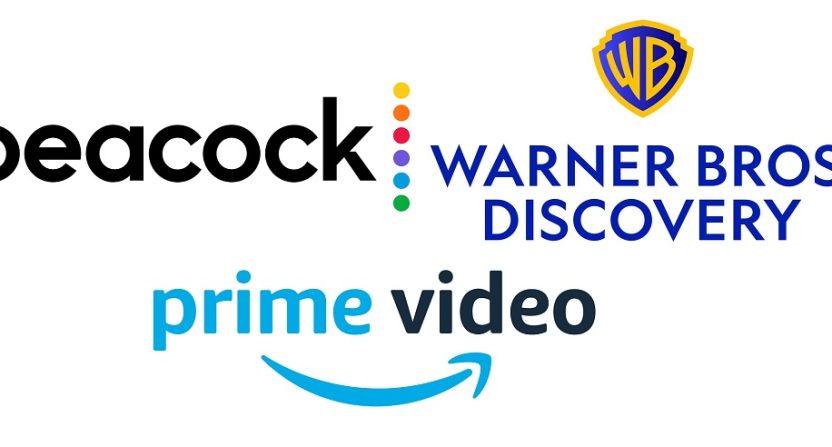 The seemingly unending growth of streaming services has come to a halt, or at least a significant slowdown. Netflix is losing subscribers and to hemorrhage itself, the world’s most popular streaming service will introduce an ad-supported subscription option at the end of this year. Hulu could finally be sacrificed as Disney emphasizes Disney+ and ESPN+. With the predictable slash-and-burn approach that comes after a corporate merger, Warner Bros Discovery has already sealed the fate of CNN+ while it plots on combining HBO Max and Discovery+. And consumers might be less inclined to add Prime Video, Peacock, Paramount+ or Apple TV+ as we flirt with a recession.

Beyond Warner Bros Discovery’s plans, media analysts believe that there will be some consolidation among the major streamers, which could make the future of some niche services that much more precarious. Most notably, the economic headwinds could be a lot harder for sport-specific streamers to go up against.

Theoretically, these services could be either gobbled up or at least seek out strategic partnerships for their survival. So should these streamers take different paths, where could they fit best and why? In addition, how could these arrangements benefit potential benefactors?

While this matchmaking concept was conceived with the backdrop of a potential recession, these are more fantasy pairings rather than pairings rooted in full analysis of the financials. It should go without saying that streaming services are incredibly complex businesses. A company with global reach and varied rights deals such as DAZN is a far different beast versus a super niche service like MyOutdoorTV. Finally, streaming platforms for the NHL and MLS were absorbed by ESPN+ and Apple TV+, respectively, but it would be a fool’s errand to see this happening with packages from other major leagues… or is it?

This may sound like programming dissonance, but both sides compliment each other fairly well. Comcast continues to invest in live sports for Peacock, as baseball fans discovered this spring when the media company signed a two-year, $30 million deal with Major League Baseball to air games exclusive to the streamer on Sunday mornings. It’s a small, but significant component to Comcast’s streaming strategy – add enough compelling content to Peacock, which is bundled together with the cable operator’s internet packages.

By shutting down the linear NBC Sports Network at the end of 2021, Comcast moved all non-NFL sports programming onto other NBCUniversal cable channels, particularly USA Network, but it was a further signal that Peacock would become the online destination for its sports offerings.

DAZN’s current programming can dovetail well with Peacock’s. By default, ESPN is the current combat sports leader thanks to its deals with UFC and Top Rank Boxing, providing a frequent diet of fight cards on their linear and streaming platforms. DAZN has exclusivity with Golden Boy Promotions and Matchroom Boxing, along with its relationship with the biggest name in the sport, Saul ‘Canelo’ Alvarez. Yet outside of DAZN (or the lesser-known FITE), no single media company these days can call itself the complete destination for either MMA or boxing in the same way that major team sports leagues have with partner networks.

Hypothetically, Peacock could become a closer competitor to ESPN+ through a union with DAZN. For starters, it already absorbed the WWE Network in the US, boosting its own subscriber numbers and successfully convincing those who may not have had WWE Network to sign up for a cheaper package (such as yours truly). WWE calls itself sports entertainment, which is fitting because not only has the company had crossovers with combat sports stars over the years, but several of its own stars either dabbled in MMA or were massive draws in UFC once upon a time such as Ronda Rousey and Brock Lesnar.

A US-specific total isn’t publicly available, but DAZN is estimated to have 7.6 million paid subscribers globally as of late 2020. Mostly a boxing outfit these days, DAZN has recently added LIV Golf and BIG3 basketball to go along with Red Bull TV, UEFA Women’s Champions League, and other Europe-based sporting events.

FITE TV launched in 2012 as a destination for all things combat sports, but its bones these days are in pro wrestling. It’s the current pay-per-view provider for All Elite Wrestling, the latest challenger to WWE, along with several other companies like Impact Wrestling and NWA.

In 2021, Triller brought FITE TV into its TrillerNet umbrella alongside the livestreaming music series Verzuz and Triller Fight Club.

As it relates to Warner Bros Discovery, the latest overlords of the old Turner cable networks appear to have a more cohesive plan for streaming than AT&T did just a few years ago. B/R Live, the last attempt at a sports streamer, was AEW’s first PPV platform before it was fully absorbed into Bleacher Report.

The corporate synergy makes too much sense. Warner Bros Discovery’s Turner Sports has gone all in on AEW, but having FITE TV’s PPV rights would be akin to Peacock having WWE’s “premium live events” through the WWE Network. Some of the combat sports FITE features would be a callback to the heyday of HBO Sports, which was the home of boxing for decades. And should the entirety of Triller be absorbed, there would be a larger platform for its unique approach to boxing with Jake Paul.

NBC’s Olympics coverage has taken a lot of deserved flack over the last few cycles, but no media company is better associated with the global event. What generally doesn’t help blunt the criticism is the fact that most of these athletes and sports are only seen by the wider public every four years.

FloSports is best known for featuring collegiate and high school sports where the next generation of Olympic athletes are cultivated. Coupling FloSports with the already existing Olympic Channel on Peacock adds even more programming, and will only enhance the platform as a showcase for these athletes.

Peacock has some of the same sports as FloSports – notably NASCAR, rugby, cycling, and lacrosse, but FloSports could supplement Peacock’s programming by adding lower-level NASCAR circuits and minor league hockey.

Now, here’s the point where your minds explode:

An absolutely far-fetched dream, but the marriage makes a ton of sense. While the Association’s relationship with ESPN/ABC has been greatly beneficial over the years, the average NBA fan is more likely to associate the league with Turner Sports (let’s not forget that Turner manages NBA TV). This could be a boost to the WNBA as well – this season’s version of League Pass turned out to be a poor overhaul of the product, so a larger platform could lead to a better user experience for fans of the W.

Even after selling several networks to Disney, FOX has stated that it has no plans to enter the streaming wars like their direct competitors have. A significant reason seems to involve FOX News Channel, but not in the way its critics expect, as Ben Berman explains for The Streamable. In short, News Corp makes gobs of money from streaming companies by making FNC a must-carry alongside over-the-air FOX itself – if you want the NFL, you have to take Tucker Carlson.

Yet, maybe because our media infrastructure appears to be headed toward a bizarre melding of more streaming channels and fewer linear ones, at some point the Rupert Murdoch empire may end up following suit with its own full-fledged paid service. Like the former CBS All Access had been for Paramount (ViacomCBS) before it was rebuilt into Paramount+, Tubi and FOX Nation might be testing grounds for such an offering from News Corp.

The NFL may be the most popular content provider for the company, but Major League Baseball might be equally as important. FOX is the longtime home of the World Series along with other playoff series, and it shares featured regular season games with its cable siblings in FS1 and FS2. MLB’s diminished presence with ESPN and Turner Sports makes a hypothetical FOX streamer the proper home as it can provide more frequent sports programming for a longer period of time.

There’s no need to speculate here, the NFL may already have a buyer. The streamer is still weeks from an official launch, but America’s most popular entertainment company already has Apple and Amazon on bended knee, according to previous reports. If there’s something the NFL excels at, it’s extracting even more dollars from big media companies.