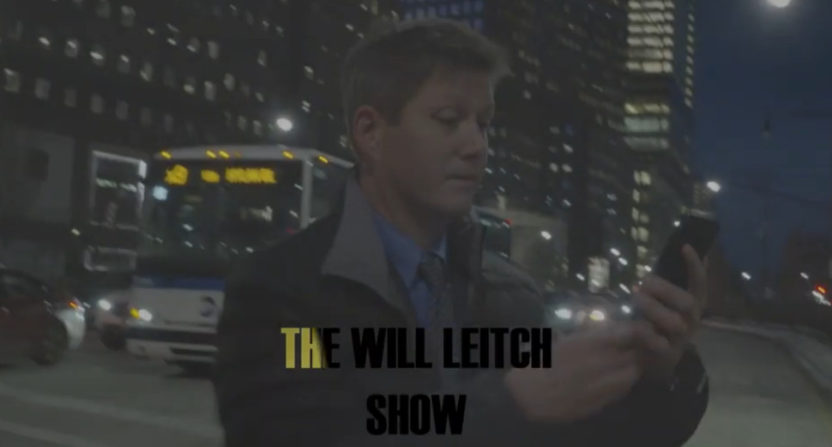 Since its launch on Amazon Channels in November, streaming service SI TV has been expanding its content significantly, and vice president of programming Josh Oshinsky hinted at more to come in a recent interview with AA. Well, they’ve made a couple of interesting content moves this week. First, they’re launching the new “The Will Leitch Show,” featuring Leitch (the former Deadspin editor/Sports on Earth columnist and current New York contributing editor) and described as “about how fun and stupid and dumb sports really are and why they should never ever be taken seriously … which is exactly why none of us can live without them.”

The inaugural episode of that, featuring NBC Olympics commentator Tara Lipinski, is currently available for free on SI.com in addition to on the subscription SI TV service.

And speaking of that, SI TV is also putting their The Line betting show with Todd Fuhrman on SI.com this week ahead of the Super Bowl. Here’s more from their release about that:

SI TV’s “The Line” is the only betting show from a major media outlet — and the only one on TV. Todd Fuhrman, “The Line” expert who formerly worked for Caesar’s, likes to call it “sports investment” — think of him as the Jim Cramer of sports betting.

As we head into the Super Bowl, the show will also be available on SI.com (i.e. in front of the wall vs subscription video on demand only) to share Todd’s knowledge with a broad audience — from his thoughts on this weekend’s big game to odds on how many times the announcers will mention Tom Brady’s age.

The Line: SI TV’s entertaining and informative show about sports wagering and daily fantasy, with gambling expert Todd Fuhrman breaking down all the information you need to know leading up to Super Bowl LII. For a limited time also streaming on SI.com for all to access.

It’s interesting to see SI doing that, and this is definitely part of the ongoing legitimization of betting coverage. We’ve seen that a lot in recent years, with more and more on-air commentary on spreads and bad beats (with the latter even becoming a recurring segment on Scott Van Pelt’s midnight ET edition of SportsCenter), with extended print, digital and radio coverage of odds, and even with Brent Musburger’s Vegas Stats and Information Network.

And Fuhrman in particular is no stranger to talking about betting for big sports media brands; he previously worked for FS1 from 2013-2015, including plenty of on-air appearances across their shows, still contributes to their NASCAR RaceHub show (as per his Twitter bio), has worked at CBS for the last couple of years, and now hosts a betting podcast as well. This show, and exposing it to a wider audience ahead of the big betting day of the Super Bowl, feels like a reasonable play for SI TV, and one that fits in with what Oshinsky told AA about how their strategy needs to go beyond just acquiring sports movies:

“Moving forward, what we need to do to stay competitive in that space, to remain relevant in that space, is to produce high-impact original productions as well,” he said. “The acquisition strategy, we believe in that, we think that’s what gets you in the door, but we think what keeps you coming back and wanting to stay is a frequently-updated ton of high-end original programming, be it studio shows with Grant Wahl and Peter King and our trusted names that we have associated with the brand or with documentaries.”

The new show with Leitch is a fit there too; that’s SI bringing in a recognized sports name to do an original show. Will it take off in terms of audience, and help draw subscriptions to SI TV? Who knows. (Although it would be incredibly funny for a talk show with Leitch to outlast the one from his former adversary Bill Simmons; this is presumably lower-budget and isn’t taking up an actual TV programming slot, so they’re not apples to apples, but that would definitely provide some sports media laughs. And it’s also funny that Leitch is now hosting a talk show, considering the major sports media moment that happened when he appeared on a (also short-lived) talk show.) But it’s definitely an interesting play.

These shows are far from all SI TV offers (they have weekly studio shows on soccer and basketball, plus a whole ton of sports movies), but they’re a couple of notable options, and the SI move to put them in front of the paywall this week should give them some more exposure. We’ll see how this turns out.