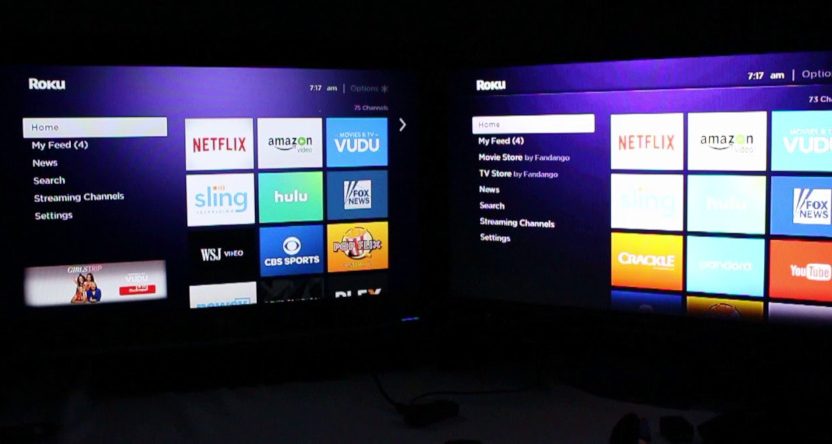 While streaming numbers for sports broadcasts are regularly rising, they still tend to be pretty small when compared to regular television. However, a Sports Illustrated/PCMag survey of more than 2,800 respondents (between Jan. 22 and Jan. 25) suggests not only that streaming’s going to be a significant option for the Super Bowl in general, but that it’s an even larger part of the picture for younger viewers.

Of their respondents, 50 percent plan to watch the game with a cable or satellite subscription, with another 8.4 percent watching over the air with antennae and 10.4 percent watching via streaming. But 31.1 percent responded they don’t plan to watch the game at all. Thus, of those planning to watch, the numbers choosing streaming rise to 15.1 percent. And that gets even larger at when you look at the age breakdown in this chart they created: 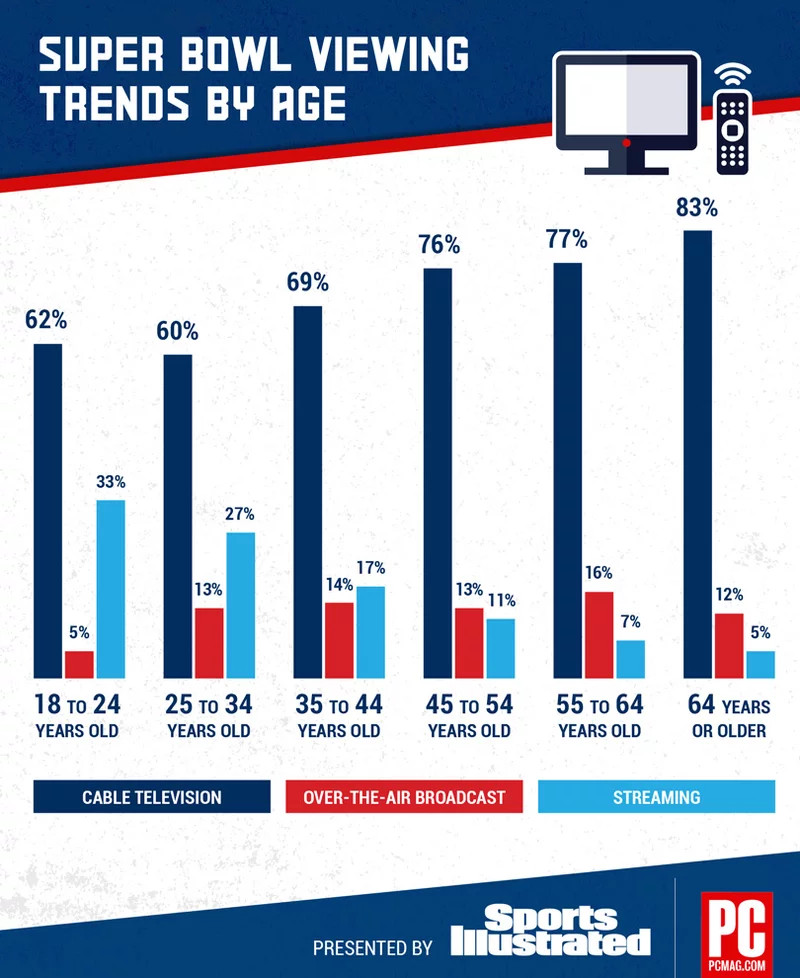 It’s notable that this isn’t about “Millennials are watching the Super Bowl on their phones!”; 95 percent of those planning to watch the game are planning to do so on a TV, and so most of the streamers here are choosing streaming-to-TV options with the CBS Sports app and/or the CBS All Access app, options such as Roku (32.8 percent of those streaming), Amazon Fire (23.7 percent) and Apple TV (18.1 percent) devices. And that’s a key part of the discussion around streaming in 2019; for many, it’s not (or at least not primarily) about accessing sports on the go, but rather about options to watch sports on TV without a traditional cable bundle.

There are some caveats here, of course. 2,800 respondents isn’t a giant sample size, and a sample of “respondents to a SI/PC Mag survey” isn’t necessarily representative of the U.S. population. For example, far more than 31.1 percent of the U.S. population of 325.7 million people will not be watching the Super Bowl at all; if 68.9 percent did watch, that would produce an average viewership of 224.4 million, while the actual record is 114.4 million (in 2015) and this year’s audience is widely expected to come in between 103 million and 110 million. It seems likely that the sample here is probably more technology-savvy than the population as a whole, which would result in higher streaming percentages.

But it’s still interesting to see these numbers of people, and these numbers of younger people in particular, talking about plans to stream the Super Bowl. And it’s perhaps notable that the Super Bowl would seem like an event that’s more favorable to traditional cable than many; only one person in a watching group needs to have a cable subscription for the whole group to count as “planning to watch via cable,” and the prevalence of Super Bowl parties means the numbers of those doing that are likely larger than they’d be for a smaller sports event (where viewers are mostly watching in their own home with their own TV setup).

In fact, as also noted in this survey, there are still plenty of issues with streaming sports. That’s particularly true when it comes to latency or lag (the time delay between the broadcast feed, which everyone tweets about, and when it shows up on streaming); 27 percent of streamers who responded said latency negatively impacted their viewing experience this year. Despite those challenges, this survey is yet more data suggesting that streaming is becoming a significant part of the overall sports viewing marketplace. And based on those age group breakdowns, it’s going to get even more significant as time goes on.