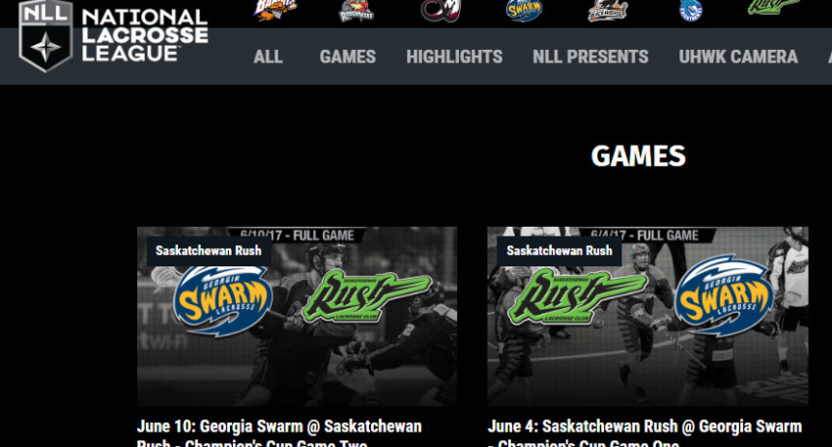 There’s been plenty of discussion of the benefits of streaming major sports events for companies like Amazon, Verizon, Twitter and Yahoo, but perhaps an underrepresented element of the streaming conversation is what delivering your event through a streaming service can mean for smaller leagues that receive minimal or no traditional TV coverage. We saw one element of this recently with the Mountain West Conference, which actually has it pretty good by the standards of smaller leagues (their games are televised, just at bad times and sometimes on low-distribution networks), but is contemplating going all-streaming in their next deal to improve their kickoff times and in-stadium numbers. And as Bloomberg’s Reade Pickert explores, this is even more important for leagues that have limited broadcast deals, with one executive comparing streaming deals to “the media version of fracking“:

For football and baseball, which have billion-dollar national TV contracts, an online or over-the-top viewing option is a smart bet on the future and a way to please the most loyal fans. For professional lacrosse and other small sports, it’s a must, even when the teams are owned by billionaires like the Buffalo Bandits’ Terry Pegula or the Colorado Mammoths’ Stan Kroenke.

“We’re not on the big linear networks,” NLL Commissioner Nick Sakiewicz said in an interview. “We may be someday when those networks may want our content and they want our audience, but for now, OTT is the absolute best way,” he said, using the acronym for over-the-top viewing.

…“The smaller leagues, even though they had fans who were just as passionate and demanded great quality, didn’t have the resources,” said Brian Bedol, founder and CEO of New York-based Sportsrocket, which does online broadcasts for the NLL. He calls his OTT services the “media version of fracking,” letting less-popular sports tap riches from smaller, hard-to-reach audiences.

Putting aside the environmental controversies over hydraulic fracturing (or fracking, at least in the non-Battlestar Galactica sense) as a way to access petroleum and natural gas, the analogy has some merit when it comes to the media realm. When fracturing is done on a large scale, it’s to access areas where those resources are scattered in too low concentrations for conventional extraction techniques to be economically viable. Similarly, small sports aren’t necessarily worth sustained coverage on conventional TV in terms of the viewers they draw and the revenue they bring in (although linear networks will sometimes show certain unusual sports at odd times when there’s nothing else, or highlight the championship from a smaller league, or do stunts like ESPNU’s upcoming one-day “The Ocho“), but putting them on a streaming service means they’re not taking up channel time that could be used for something else, and that they can capture diehard viewers from a wide span of the world. And unlike actual fracking, this isn’t terribly controversial; putting lacrosse, surfing or women’s hockey on Twitter or YouTube doesn’t have an environmental impact.

There are several advantages to going this route. For the NLL, their NLL.tv streaming network (important note; the website is actually nlltv.com) is in addition to traditional deals, and they’ve expanded it into a paid service, where fans can pay $4.99 for one game, $24.99 for one team, or $34.99 for all games. So there’s some revenue to be had there. But they also can sell ads on those games, and they can sell ads on the free game of the week they stream through Twitter. And they’ve struck deals with the likes of ad-based OTT service Xumo to let people watch games for free after they’ve aired, which brings in some more revenue. (NLL.TV subscribers also have access to round-the-clock content, which has ads for yet more revenue.)

Beyond that, this gives the league a consistent broadcast solution where fans can access all their games (and without rescheduling those games for national TV’s demands), so there’s extra exposure too. And Bedol works with multiple clients like the Arena Football League and DeerHunter.TV in addition to the NLL, which he told Pickert lets him offer leagues broadcasts for a fraction of what a TV broadcast would cost. That’s important, as tech companies haven’t yet proven willing to regularly pay for production costs for even top-level sports. Providing a cheap broadcast option lets leagues put their content out there and make some money off it without the costs TV would entail.

For other leagues, the exposure may be even more important. Pickert’s piece mentions how the NWHL will have 19 games streamed through Twitter this year and how they’re planning to eventually move all of their games off YouTube to a dedicated OTT service. It’s vital for the NWHL that these streaming services exist, as they haven’t been able to land a national TV deal. Similarly, the Canadian Football League sees some of its games air on regular ESPN channels in the U.S., but the majority of them are on streaming-only ESPN3; that’s important for the league, though, and not for revenue, but as a recruiting tool for future players and as a way to keep current American players happy by letting their U.S. friends and family watch them. (The CFL has also done deals with YouTube for global broadcasts outside areas where they have broadcast deals, doing so first for free with a few games in 2015, then on a paid basis for the whole season with YouTube and Yare Media starting this year.)

That Bloomberg piece also discusses how the World Surf League is streaming all of their content for free through their website and app. The WSL situation is particularly unique, as they have broadcast deals too (with CBS Sports Network for some events, and ABC for some weekly highlights), but their highly-weather-dependent sport and its inconsistent start times is sometimes a challenge for what broadcasters need; some events are delayed several hours and then not seen on TV. So, streaming it through their site and app as well makes a lot of sense, as fans can see content when it does actually happen without regard for broadcasters’ schedules. And those streams include ads (through NeuLion, which even lets advertisers target fans more than you can do with conventional TV), so there’s some revenue there too.

Not all of these leagues are going to pull big numbers for their streaming endeavors. In most cases, they don’t have big conventional deals because they’re not getting the kind of audiences needed for those, and that’s not going to change just because they’re streaming. And the comparison opening Pickert’s article (an average of 4,000 watching NLL action on ESPN3 last year, an average 344,000 watching on Twitter this year) seems flawed considering how poor Twitter’s unique-viewer data has been; however, it wouldn’t be surprising if the NLL did see somewhat of a gain there, as ESPN3 requires a pay-TV subscription and Twitter broadcasts are free.

In any case, though, the key takeaway is that these streaming services are providing consistent broadcasts, increased exposure, and in some cases, extra revenue, for these smaller leagues, and that they’re delivering broadcast coverage that wouldn’t be possible in a conventional TV-only world. For fans of smaller sports, and executives of those leagues, there’s lots to like about the expansion of streaming deals. And while there’s still plenty of debate about if and when major sports will strike streaming-only deals, it certainly makes sense for many of these smaller leagues to explore that. It may well be a media version of fracking that allows leagues to capture smaller, spread-out audiences, just without the associated controversies of the hydraulic version.