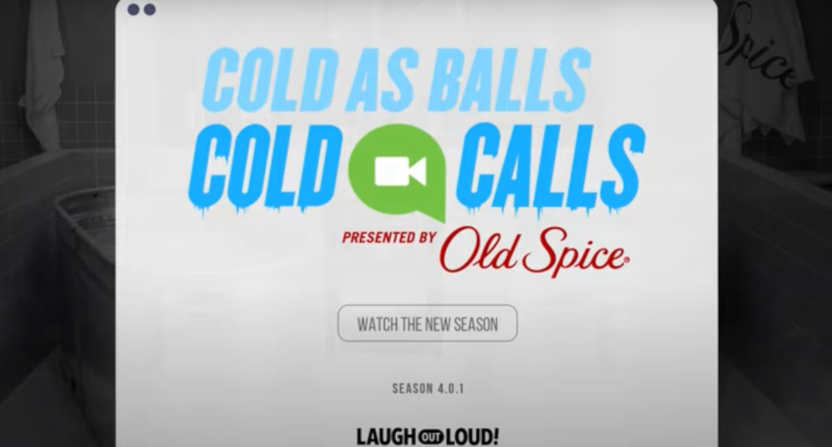 There have been plenty of shows that have had to shake up their formats thanks to COVID-19 restrictions, with one notable pivot coming from Laugh Out Loud’s Cold As Balls series. The first three seasons of that show saw Laugh Out Loud founder Kevin Hart interviewing various sports figures in a cold tub, and they’ve drawn remarkable numbers, pulling in more than 1.1 billion views across social media platforms. But interviewing people in a cold tub doesn’t exactly work in the era of social distancing, so Season 4 (which premiered Tuesday; the first episode, with Richard Sherman, can be found here) went to remote interviews.

However, those interviews carry a twist from your normal interview show. This time around, the show has Hart taking calls from athletes, but he doesn’t know in advance who’s calling. Laugh Out Loud president Jeff Clanagan spoke to AA recently about the approach for this fourth season (titled Cold As Balls: Cold Calls), and said surprising Hart with different callers led to more organic conversations.

“We’re dealing with a challenging production environment because of the quarantine and COVID-19,” Clanagan said. “Because of the quarantine, we had to do basically what everyone else in the media is doing and do remote interviews. So we had to come up with a concept of ‘How can we flip it up a little bit and do something different than just a regular interview?’ So we came up with the concept of cold calls, where Kevin knows he’s going to do an interview, but he doesn’t know who’s going to call.”

“He’s not calling the athlete, the athlete’s calling into him, and he has no clue who’s going to call him. So Kevin gets a call and it’s like ‘Whoa, it’s Richard Sherman!’ And they go into a really organic conversation versus an interview, because he doesn’t have preset questions. It’s more of an organic, fun conversation with the guys going back and forth.”

Beyond Sherman, this season will also feature three other NFL figures (current players Russell Wilson and Derrick Henry and former player Donovan McNabb) and one NBA player (Paul George). While Cold As Balls has gone well beyond those sports in the past (the third season in particular included professional wrestlers, esports stars, Olympic athletes, broadcasters and more), Clanagan said the shift back to the NFL and NBA made sense with the Cold Calls approach, as it gave Hart a baseline of knowledge to use without specifically prepping for an interview.

“Kevin is a sports fan, and so he can talk to Richard Sherman, Russell Wilson, Paul George, Donovan McNabb. He knows Donovan, he knows Russell, they talk. But also because he’s a fan, he’s able to pull from just being a fan. He really follows football and basketball, so he’s able to really have a conversation, versus if he was just blindsided by an athlete that he didn’t have any familiarity with. And I think that was really the key, making sure we locked in athletes that he was familiar with. He’s following football, he’s following basketball, so we kind of stayed in those sports so that he would have a point of reference for the conversation.”

Clanagan said the Cold As Balls team had high expectations for what they could do even with the production limitations they were facing this year, but those expectations were still surpassed.

Clanagan said the success this series has had so far is well beyond what they expected, and they’re excited to keep it going.

“When you’re going in and developing content, you never really know how things are going out. But I don’t think anybody expected it to grow as big as it has and to continue growing. I can’t say going in we knew we were going to pass a billion views; there’s no way we could have predicted that.”

And even after four seasons of Cold As Balls, Clanagan thinks there’s a lot more they can do with the franchise.

“We’re thinking about a lot of different iterations. One of the things that we were going to do this year but didn’t get to do was an Olympics edition with the Dream Team. So there’s different themes that you can do. We can go on with this for a while, get to the Hall of Famers. There are a lot of ways we could go with it. We expect to be doing this for a while.”

Cold As Balls: Cold Calls will have new episodes premiering each Tuesday and Thursday on the Laugh Out Loud YouTube channel, Laugh Out
Loud’s IGTV, and Hart’s Facebook page. The first episode with Sherman is available now.