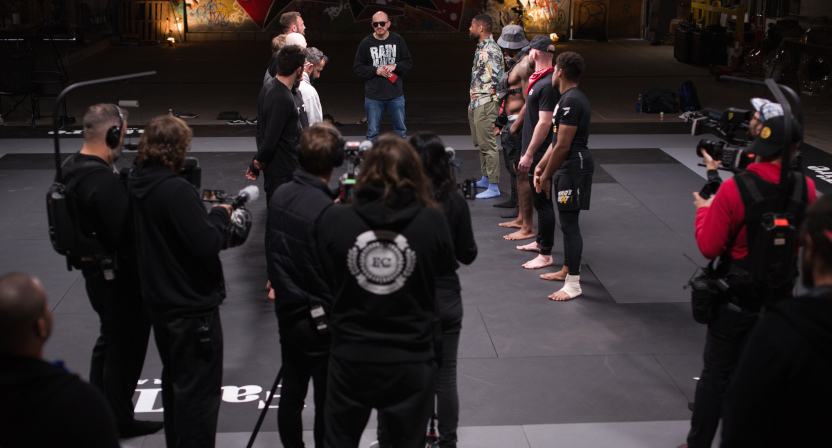 What perhaps stands out most about FloSports‘ new Who’s Next: Submission Fighter Challenge presented by Tezos reality show is the rules of the in-show competition. The fights here are submission-only rather than the more-frequently seen approach of awarding a win based on points or judges’ decisions after a set time limit without a submission. The show has 16 top fighters competing for a cash prize and a three-fight contract on FloSports’ Who’s Number One live professional submission fighting competition event series.

FloSports’ chief content officer Ray Machuca recently spoke to AA on Who’s Next, which released the first two of its six episodes this week. He said this show, which marks the first reality programming developed and produced by FloSports, is a big step for the company, and said that submission-only element is a key differentiator for them.

“In November, we invited 16 of the world’s best up-and-coming submission fighters to come to Austin, Texas, and compete in a two-week, no time limit, submission-only tournament to determine the next up-and-coming champion,” Machuca said. “It was very much like the UFC’s Ultimate Fighter, but the difference is we put in a lot of challenges and other things to bring out these guys’ characters and make it a little more exciting.” 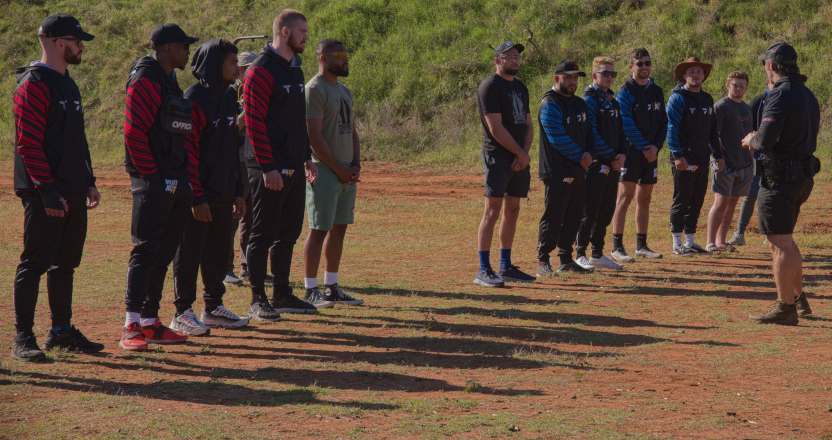 “Submission only is how the sport is supposed to be done. The whole point of jiu-jitsu is controlling your opponent and forcing them into submission. But with just the explosion of jiu-jitsu around the world, there’s tournaments, and tournaments aren’t conducive to submission-only. So what happens is there’s points and that kind of stuff, and that sort of changes the sport. We wanted to get the sport to its purest form, no time limits, submission only. You can’t just eke out a win; you have to submit your opponent. It’s checkmate, there’s no way out of checkmate.”

“I think it sucks when I’m watching the UFC and two guys are fighting and go five rounds and there’s a decision; it’s like ‘C’mon, man, what did we really learn about these guys?” With no time limit, submission only, we really learn who they are. They have to go to the well.”

As for the particular style of grappling here, Machuca said it’s focused on jiu-jitsu, but some of their competitors come in from more wrestling backgrounds and are more recent to jiu-jitsu.

“It’s submission fighting. It’s jiu-jitsu, but there’s more than one practitioner that was mainly a wrestler. We had Division I wrestlers, state champion wrestlers who have been doing jiu-jitsu for a couple of years.”

Machuca said part of the drama with this show came from fighters only finding out on the first day that half of them were going home quickly.

“We didn’t tell the fighters [in advance] that we were going to cut the field in half on the first day. So the first day, 16 fighters, ‘Hey guys, guess what? The first challenge is right now.”

A challenge with the submission-only format is that it leads to unpredictable-length fights, which can be difficult for a number of reasons, from tournament schedules to broadcasting schedules to viewer attention to in-ring issues for the fighters. Machuca said the first three issues there aren’t a problem for this show, with its focus on presenting edited highlights as part of the show narrative rather than full fights (although the full fights are also available on their site for those interested), but there still can be some challenges for the fighters with extremely long fights. However, he said it all worked out in this case.

“We had one fight that was just under three hours. I was questioning whether or not we should do this project if all these fights are going to be three hours. We were worried as the guys started cramping, we were wondering if we should give them more water, but you can’t [fully] rehydrate in the middle of a fight. So that first day, we had to really put our idea to the test. And it worked out great. We had one three-hour fight, we had an hour-and-a-half fight, we had a 30-second fight. So it was really exciting. And [the long fight] really told the fighters from that moment forward, ‘When you step on that mat, you do not know what’s going to happen.’ It’s not like ‘Okay, it’s a 10 minute fight.’ You will be fighting until you lose or win.”

Machuca said that edited episode format makes the submission-only format easier for viewers even with long fights, and FloSports’ digital distribution model means that they can still present the full fights as well for those who want to see them.

“We’re going to have six episodes, running around 42-48 minutes. Beyond that, we’re going to really embrace the [digital] medium; everything that hit the cutting-room floor can be put on the site. It would be a tall order to ask someone to watch Episode One if that includes a three-hour fight, but we’re going to have [the full fight] on our site. And that’s what we thought was lacking with The Ultimate Fighter; you see two guys fight and there’s a decision, but we wanted everything to be a submission, and be final. So we were able to edit each fight [as shown in episodes] for drama; when we have a three-hour fight, we can boil it down to 60 awesome seconds or a couple of minutes or so, enough to get the feel of it. And then people can go watch the whole thing later on our site if they want.” 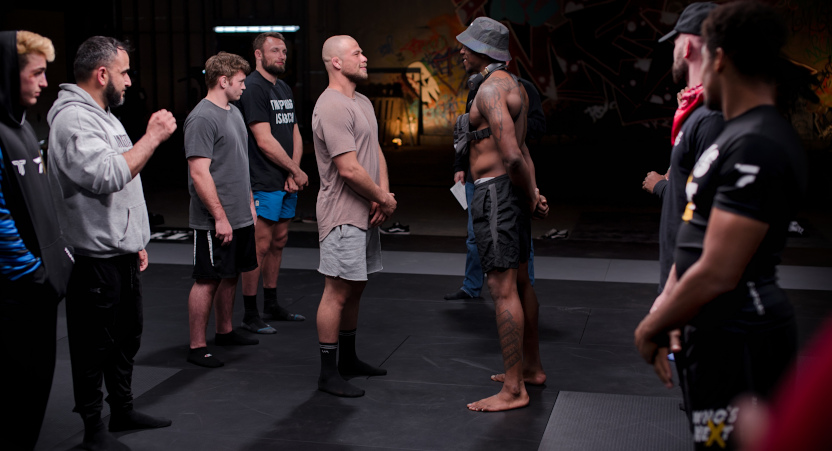 Machuca said the timing was also right for FloSports to do this show given the growing prominence of jiu-jitsu right now.

“Jiu-jitsu is having a moment, it has been having a moment for the last five years. It’s blowing up. Everyone from Dave Bautista to Kelly Slater to Russell Brand, Jonah Hill, everyone is doing jiu-jitsu. So we thought the time was right to really do something like this and bring content like this that’s more broadly-watchable. That was the idea, and we’re very excited about what we’ve got.”

And he said their Who’s Number One events have really taken off, so tying this new show into that (as mentioned above, the winner of Who’s Next gets a three-fight Who’s Number One contract in addition to the cash prize) makes sense for them.

“Who’s Next ties in to our owned-and-operated event in Austin, Texas, called Who’s Number One. It really took off during the pandemic, and as a result, almost every high-level Brazilian jiu-jitsu practitioner in the world has moved to Austin since the pandemic:  Gordon Ryan, Craig Jones, Xande Ribeiro, all these athletes show up to our events, Joe Rogan shows up. The point of this is to create more celebrities that feed into Who’s Number One. It’s really just blowing up here in Austin, and we’re excited to see how Who’s Next performs.”

The first two episodes of Who’s Next: Submission Fighter Challenge are live now at FloGrappling, with more to follow. A FloGrappling subscription is required.