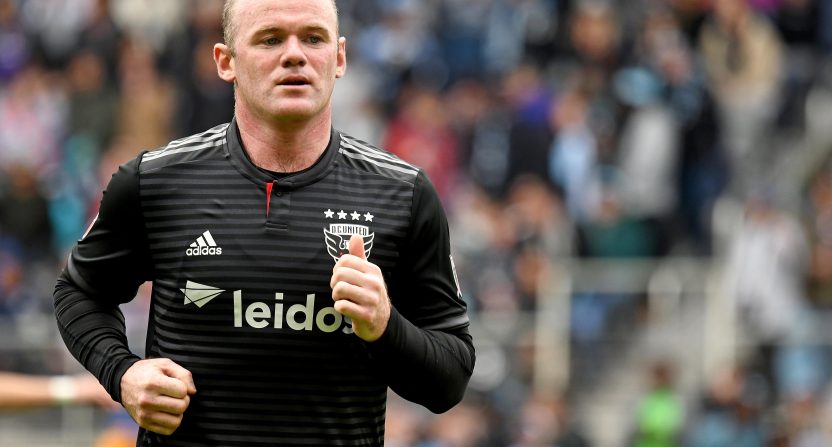 In operation since 2006, FloSports has focused more on collegiate and international sports. FloSports was a place for niche and obscure events to attract diehard fans who may not be large in size but would be more likely to pay to view games.

In an attempt to grow as a company, FloSports has set their sights on soccer and specifically MLS. In addition to obtaining the rights to show non-USMNT Concacaf Nations League games, the subscription streaming service announced local TV rights deals with DC United and MLS expansion side FC Cincinnati beginning with the 2019 season.

Despite fans of both teams displeased about the relationship as well as technical difficulties affecting people being able to watch DC United games, FloSports is seeking out local TV rights to other MLS teams.

According to SportTechie, CEO Mark Floreani revealed he’s talking to the remaining 22 MLS teams to try and obtain future local TV rights. And considering MLS is considering packaging local rights along with national rights starting in 2022, this could be the opening FloSports needs to step in and possibly get a major deal.

“I’ve told the MLS when their deal comes up I want it,” Floreani said. “We’re continuing to go up the food chain in terms of soccer rights.”

FloSports’ position in the sports streaming world puts MLS in a tough spot. For one, packaging national rights is an easy decision but packaging local TV rights carries more risk. With (eventually) 30 MLS teams in (likely) 28 different markets with their own unique needs, not every situation will be perfect for every team. What works in Los Angeles or New York City may not work in Kansas City or Salt Lake City, so packaging local TV rights may wind up hurting some teams so badly that they may not be able to overcome that. Not to mention, some teams already have pretty good local deals and they may lose a lot if they give that up.

In addition, if MLS were to package local TV rights and decide on a streaming service to show everything, why would they choose FloSports? Even though MLS is in its strongest position ever as a league, they still need eyeballs on their product in order to grow to the level they want to be. Attendance keeps growing but TV ratings are still not where they need to be compared to other sports as well as the top European soccer leagues.

This was why DC United and FC Cincinnati fans weren’t thrilled about FloSports in the first place. It’s not so much about the company itself, it’s that in an era where people are paying for multiple streaming services, they now have to pay for one more just to watch their team and are probably only going to pay to watch their team. Some probably won’t bother.

It wouldn’t be so bad if DC United and FC Cincinnati chose someone like ESPN+ because ESPN+ is not only less expensive ($5 per month compared to $20 per month) but offers way more soccer options than FloSports (out of market local MLS games, USL, US Open Cup, EFL, FA Cup, EFL Cup, Serie A, etc.) And since ESPN+ has plenty of other programming and mainstream sports available, it’s at least a platform many non-MLS fans subscribe to, putting the league in front of new fans. That will not happen if MLS moves to FloSports.

This upcoming TV deal will be the most important for MLS’s future. That might be the case with every TV deal but it’s more apparent here. Commissioner Don Garber got a good deal before and MLS will be looking for him to do that again; that’s a big reason why they have kept him on as commissioner. Overall money is important, but exposure and availability is still something to consider for a still young league. Is that going to happen with FloSports?