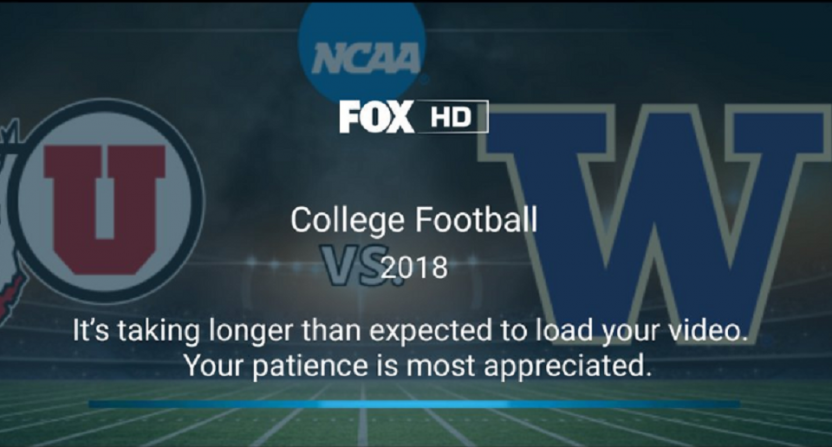 The MAC and Pac-12 college football conference championship games are currently taking place, and DirecTV Now users are apparently missing out on the action.

Many DirecTV Now users reported that their service was down during the Buffalo-Northern Illinois (shown on ESPN2) and Washington-Utah (shown on Fox) football games on Friday night.

Here are some of the tweets from DirecTV Now users about the outage:

Always nice to sit down to watch the most important game in the @pac12 and have @directvnow shit the bed. This is unreal. ?‍♂️?‍♂️?‍♂️#Pac12Championship

@directvnow seriously, this is a matter of college choices fir my son and you shit the bed during the Pac-12 Championship? #utes #huskies #vols #spartans etc.

Go figure, DIRECTV Now's down again, over an hour now. Was already considering trying another service due to these outages and an iffy DVR. This may be the deciding factor. @DIRECTVNowHelp

@DIRECTVNowHelp Hey, big surprise!! DirecTV Now is down again!! Not! Just one click away from cancelling and switching to YouTube live TV. Tired of this crap service and awful customer service.

This has been a fairly frequent issue with the streaming service, as many users made clear on Twitter. And it’s been an issue during big college football games in the past, like during the last season’s College Football Playoff.