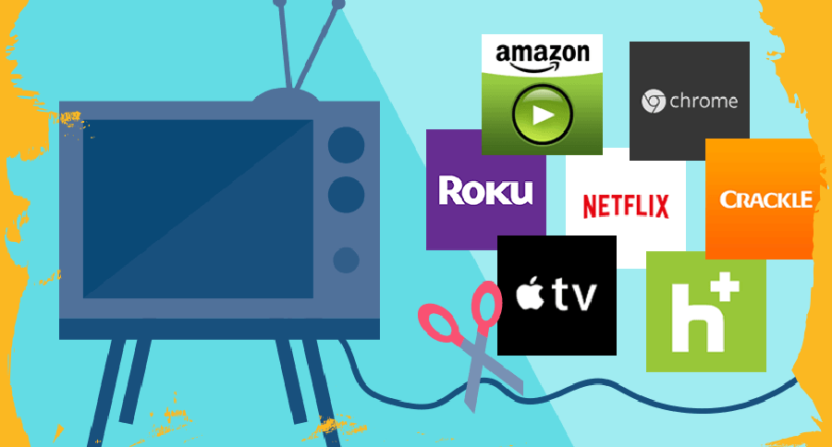 The numbers of subscribers to traditional cable packages are continuing to slide, and that carries major implications for both cable providers and cable sports networks like ESPN.  Charter, Comcast and AT&T all released third-quarter updates this week, and all posted significant subscriber losses, with Comcast losing 125,000 traditional video subscribers (up from 34,000 in Q2), Charter losing 104,000 (up slightly from 90,000 in Q2, up significantly from 47,000 in Q3 2016), and AT&T losing 385,000 (up from the then-record 351,000 lost in Q2), but partially offsetting that with 296,000 new DirecTV Now subscribers.

That’s not great for any of these companies, and Comcast’s stock decline despite otherwise outperforming revenue and earnings expectations illustrates that, as USA Today‘s Kevin McCoy writes:

Although the company reported earnings and revenues that beat Wall Street forecasts, Comcast shares were down nearly 2% at $36.09 in Thursday morning trading.

The stock similarly fell in September after a Comcast executive forecast the expected third-quarter subscriber loss during an appearance at a Merrill Lynch financial conference.

…For the quarter, Comcast reported that net income rose 18.5% to $2.65 billion, with earnings per share of 52 cents. The results beat estimates of 49 cents per share and $2.363 billion in net income from financial analysts surveyed by S&P Global Market Intelligence.

The AT&T story is perhaps particularly interesting, as it shows that many aren’t necessarily leaving pay-TV altogether, but are instead opting for lighter and cheaper streaming packages like DirecTV Now. Of course, those subscriber adds aren’t all necessarily those who previously dropped cable or satellite, and it’s also worth mentioning that a big part of DirecTV Now’s growth is thanks to AT&T bundling it with mobile plans. AT&T CEO John Stephens had plenty to say about how expanding that reach is a key strategy for them going forward, as is further bolstering their streaming options:

For the fourth quarter, AT&T expects to report a net addition of traditional TV subscribers, CFO John Stephens told investors on the company’s earnings call Tuesday — after a net loss of 969,000 in the first nine months of 2017. Stephens called out AT&T’s bundling strategy with DirecTV, saying wireless-and-TV bundle subscribers have grown 20% since the close of the DirecTV deal, with 6.5 million video customers currently also taking a wireless service. “We only have about a quarter of the video base in these bundles, so we see considerable opportunity in our future,” he said.

AT&T has launched a beta trial for its next-generation TV software platform — expected to launch widely in early 2018 — which will include features like cloud DVR, according to Stephens. He didn’t provide additional details. Variety reported Tuesday that DirecTV is gearing up to introduce an Android TV-based set-top box, described as the “new AT&T/DirecTV Wireless 4K OTT Client,” that will deliver programming via the internet rather than satellite.

Stephens also touted the growth of DirecTV Now, noting it has live local TV channels in more than 75 markets, and said customer acquisition costs for the OTT service are just a fraction of legacy pay-TV services. “We are confident in the direction we are heading,” he said.

Half of DirecTV Now’s customers have come from traditional pay-TV rivals, with 10% from DirecTV or U-verse and the rest representing “cord-nevers,” who have not previously had pay television, Stephens said on the call.

All of this still carries significant negatives for the providers and for networks, though. In the case of ESPN in particular, subscriber losses are a key part of the company’s financial issues, as that both takes away their massive per-subscriber monthly fee and further lowers their ratings (and thus their ad revenue).

Now, ESPN probably doesn’t care too much if someone goes from a traditional service like AT&T or UVerse to a streaming service like DirectTV Now, as they’ve said they get the same per-sub fee for streaming services. But those who do migrate aren’t paying as much as they would for a traditional package, which impacts the bottom line for providers like AT&T. And not all of those lost subscribers are migrating to pay-TV streaming services that include channels like ESPN. Along those lines, Charter CEO Tom Rutledge argued this week that some of the overall subscriber losses are thanks to password-sharing:

…Rutledge, on a call with investors, complained that TV programmers are hurting the price/value equation of traditional pay-TV because of password sharing and multiple-stream products for their authenticated TV Everywhere apps. That allows single-person households “to purchase one product and share it among multiple users,” he said. “That affects the price/value relationship of video in general, and that affects what people are subscribing to.”

Rutledge continued, “There’s an enormous ability for people to receive free content because of the way content distributors are securing their product so ineffectively.”

Regardless of how much of a role password sharing is playing, there are certainly plenty of subscriber losses out there. And the amount of continuing subscriber losses across many of these providers is interesting, as is the increasing rate of those losses. The cord-cutting movement and/or migration to streaming services is having a major impact on providers and networks, and this is a further example of that. And it doesn’t look like this tide will slow down any time soon.