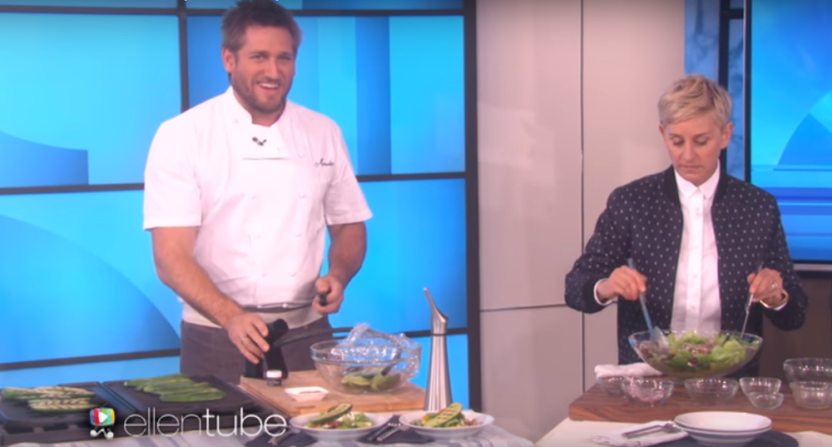 Amazon’s deal to stream Thursday Night Football begins this week, and it’s long been discussed how they can afford to pay five times what Twitter did for the rights thanks to multiple revenue streams. While they’ll still be selling ads (and doing so at high prices), they’re also hoping to attract people to Amazon’s Prime subscription service (required to watch these games), and to sell NFL-related products to their viewers and customers. And that emphasis becomes very clear when you consider the details of their pre-game show, which has been described as like shopping channel QVC.

And Amazon Video’s head of sports, Jim DeLorenzo (the Sports Illustrated/120 Sports veteran they hired last March) made some notable comments on the show and its “ultimate tailgate” focus with one-click purchasing options at a launch party event last week, as Joe Lemire explored in a SportTechie piece:

“It’s just like anything we do: We try and provide the best customer experience,” Amazon Video’s head of sports, Jim DeLorenzo, said. “It’s important to us that the NFL is a big partner of Amazon’s on a number of different fronts. We think that our customers are really going to like this content, so we want to make sure we get it right.”

There will be some uniquely Amazon elements to the broadcasts, such as an NFL trivia game available via Alexa. And as Amazon’s head of marketing and product management, Brian Finegan, said at an event in Chicago last week, there will be some tie-ins to the company’s giant commerce business, with team apparel and other products available during the game. DeLorenzo said Amazon would produce its own pre-pregame show centered on creating an ultimate tailgate, with one-click purchasing options right from that interface, but he stressed that they only want to offer “what makes sense.”

For starters, DeLorenzo added, that means Amazon’s primary focus right now is on making sure the video feed is done well. He declined to make any comparisons to how Twitter managed its steaming package last year — the social media company self-reported strong audience metrics for a young demographic, perhaps because users were already visiting the site to be a part of a broader conversation — but said, “I think we’re going to have our own little bit of a twist on it as well.”

That certainly helps explain why they would have people like Stone and Smyth involved rather than more traditional NFL ex-players and analysts. And it’s important to keep in mind that this is about Amazon going for a global audience, too; they have the rights to stream Thursday Night Football in over 200 countries, so involving an Australian and an Irishman might add some more international flair, and make it clear this isn’t something just for hardcore U.S. NFL fans. In fact, Amazon will also be offering a second English-language feed for those who want more explanation than the typical CBS or NBC broadcasts will offer, as well as Spanish and Brazilian Portuguese feeds. And DeLorenzo has previously said international is a huge part of the goal here:

“The goal for us is that we’re trying to present the best experience for our customers, and we think this will be great for our customers who are outside of the United States,” DeLorenzo said. “You want to make it feel like it’s not something that’s an add-on, but it’s actually designed for people who speak Brazilian Portuguese or Spanish. That’s one of the ways that we’re approaching that.”

We’ll see if this pre-game show itself feels designed for those watching it. “QVC meets the NFL” is certainly an interesting idea, and if Amazon gets it right, it might help them out on multiple fronts. They have a notable cast here (and it’s worth mentioning that Barber also has a broader range of broadcasting experience than just discussing football, given his radio show, his work for NBC’s Today, his appearances on Iron Chef America and Chopped and so on), and there may be plenty willing to at least give it a try. Maybe it will wind up like the surprisingly–entertaining “ESPN Voices” parts of their Megacasts. Just with more opportunities to buy Amazon products.