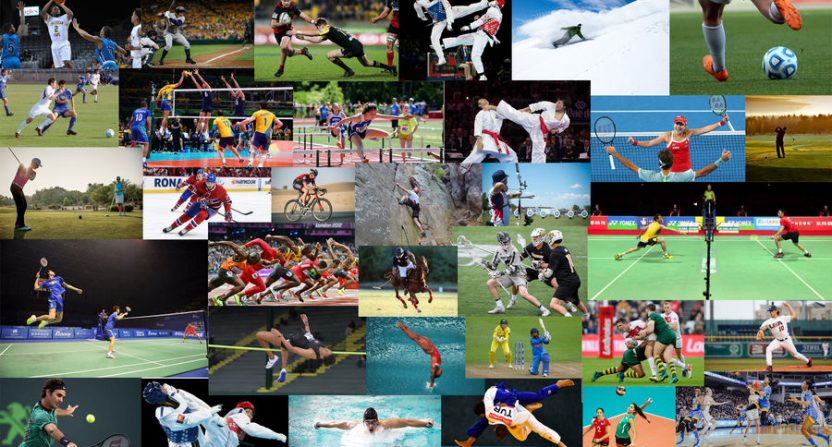 There’s no doubting which are the four most popular sports across the United States. Whether your own preference is for American football or baseball, basketball or ice hockey, they are by far the most-viewed sports amongst couch potatoes across the land.

Here in the good old US of A, watching NFL games is just about as American as apple pie. Competition amongst broadcasters is fierce, as they throw billions into the game to secure the best rights packages. That’s hardly surprising, because their return on investment is more than justified, with millions of viewers watching every game throughout the season.

What’s more, we do the same thing because the NFL attracts more wagering than any other sport in America. Now that more online sportsbooks are available, that will only increase. Along with gambling responsibly, don’t forget to seek information on those suitable for your state, because online sportsbooks aren’t yet fully legal everywhere.

As for the Super Bowl, this is rotated exclusively amongst the three main TV networks. CBS broadcast Super Bowl LV in 2021, while NBC have LVI in 2022, and Fox have LVII in 2023. Just over 100 million viewers watched Super Bowl LIV in 2020, as the Kansas City Chiefs beat the San Francisco 49ers. However, the record broadcast of all time was in 2015 with 114 million viewers, when the New England Patriots beat the Seattle Seahawks at Super Bowl XLIX.

No games in the MLS attract more attention than the World Series, although when the Washington Nationals won their first ever title in 2019 against the Houston Astros, the 7th and decisive game of the series was one of the least-watched championship games in decades, as just over 23 million viewers tuned in.

ESPN also get peak holiday games such as Memorial Day, Independence Day, and Labor Day. Meanwhile, minor stakeholders include TBS with Sunday games late during the regular season, and MLB Network with the remaining non-exclusive games throughout the season.

Likewise, three NBA stars feature amongst the world’s highest paid athletes according to Forbes. Lebron James, Stephen Curry, and Kevin Durrant, are also the highest paid competitors in any sporting endeavors across the United States. Inevitably, any time they feature in live games on TV, there’s a subsequent spike in viewership.

As for the coverage itself, ESPN and TNT are the go-to destinations with the most broadcasts throughout the regular season. ESPN broadcasts 82 regular season games and TNT shows 67, while both enjoy the biggest share of live playoff action. Nevertheless, when it comes to arguably the biggest prize, ABC have secured rights for the NBA Finals until 2025.

While it’s perhaps unkind to suggest that ice hockey is the poorer relation when it comes to TV rights, the NHL still enjoys great popularity, although the competition doesn’t generate anywhere near the same revenues as the other trio of major American sports.

Since 2012, there’s also just one network that has exclusivity for broadcast rights, which lasts until the 2020-21 season. Worth around $2 billion when the deal was agreed in 2012, a merger between Universal and Comcast meant that the NBC Sports Network is the go-to destination for NHL viewing, with games usually spread amongst their selection of channels.

NBCSN shows most of the NHL regular season action through weekdays, including Wednesday Night Hockey as the most popular. NBC has the Thanksgiving Showdown, Winter Classic and Stadium Series encounters, plus the All-Star game and the biggest chunk of weekend games, including the Playoffs and most of the key Stanley Cup Finals games. Meanwhile, the NHL Network features broadcasts of games which aren’t shown elsewhere.

Soccer is the most viewed sport anywhere else in the world, although it still has some catching up to do, if it wants to match the four major sports across North America. International competitions like the FIFA World Cup and the FIFA Women’s World Cup always attract big audiences, especially the latter, thanks to the huge success of the USA Women’s team. ESPN and Fox currently share the rights for USA National Team broadcasts.

The biggest American interest around soccer usually follows progress in the UEFA Champions League and UEFA Europa League, which can be viewed exclusively on CBS Sports. As for our very own competitions, the viewership for the MLS continues to grow steadily, with ESPN and Fox sharing the broadcast rights until 2022.

The single-game record for viewers was on Fox in July 2019, when 1.6 million watched Atlanta United versus New York Red Bulls. That compares well to the other trio of sports, which could indicate that soccer will continue trending, while the MLS has also been keen to embrace online streaming, which could boost popularity throughout America even further.