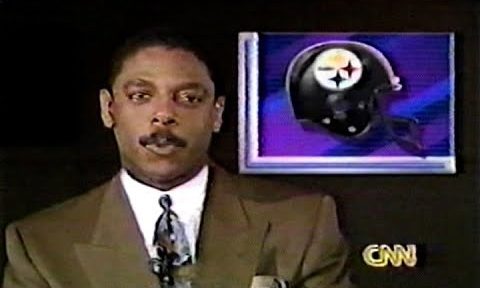 Before SportsCenter dominated the sports news and highlights coverage on television, many fans went to CNN to get such coverage on Sports Tonight. CNN Sports anchors Fred Hickman and Nick Charles became a fixture of a whole lot of televisions across America in the early 80s. Some of us even had the CNN Sports: Play of the Day VHS, long before we could go to YouTube for a collection of amazing sports highlights.

In a massive loss for the sports media world, news emerged on Wednesday night that Hickman has passed away at the age of 66.

Along with being an anchor for CNN and Turner networks — such as TBS — across three decades, Hickman worked at ESPN (from 2004-08) as an anchor on SportsCenter and sport-specific programs such as NBA Coast to Coast and Baseball Tonight. He also had stints at YES Network, Fox Sports South, and various local networks. At the time of his death, Hickman was an anchor and managing editor at Black News Channel.

Hickman was one of the pioneers in the sports media world, and tributes from fans and former colleagues are pouring in on Twitter (with some fans noting that Charles passed away in 2011).

RIP Fred Hickman.
If you are about my age, he was one of the faces on your sports-crazy youth on CNN. He was a true OG in the field. Him, Nick Charles, Vince Cellini, Van Earl Wright, Jerome Jurenovich, etc.
They were our internet before the internet. pic.twitter.com/tQ3IXgZSv0

So very sad to hear about the passing of Fred Hickman. I was the only female anchor at CNN Sports, and Fred was such a welcoming presence…always with a laugh, a quip, a story…and supremely talented. Rest In Peace, my friend. pic.twitter.com/a6A1hAfX8D

RIP to the great Fred Hickman. Long before I was inspired by any sports anchor on Sportscenter, Fred was the anchor I looked up to. He was solid, great & looked like ME. A rarity back then. Later had a chance to be a colleague & was an even BETTER human. We’ll miss you bro!

Heartbroken to learn my friend & former co-anchor, Fred Hickman, has passed away.

Fred joined WDVM in 2018 & I couldn’t believe it. A legend, one of the first TV journalists on CNN, beloved ESPN Sportscenter host, coming to Hagerstown? To anchor with me? How did I get so lucky? pic.twitter.com/yveVsbc5ma

I will miss you & your phone calls, life advice & the shows we refused to 'WRAP'

…you were truly one of my favorites.

RIP Fred Hickman. Hickman and Nick Charles are both gone now. In the early days of 30-minute national sports news shows, Hickman and Charles’ “Sports Tonight” on @CNN actually hung tough with ESPN’s SportsCenter. Many even preferred it. No easy task & a testament to their talent.

Saddened to hear of Fred Hickman's passing. I've never worked with a better story teller, and he had some great ones. R.I.P.

RIP to Fred Hickman??! One of the best to ever do it on television! An inspiration to many journalists who looked like me(as one of his former interns) and many others as well! pic.twitter.com/eh87i6JWII

Fred Hickman was one of the original hosts of INSIDE THE NBA before Ernie Johnson took over as the full-time host.

He also co-hosted THIS WEEK IN THE NBA on CNN in the 90s. pic.twitter.com/XNZV2FK30H