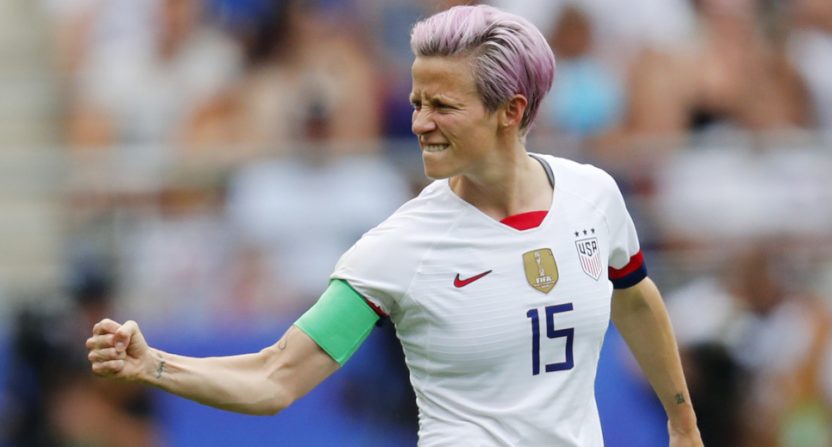 After NBC found some success with streaming and simulcasted (for some selected games) Spanish-language coverage of last year’s men’s FIFA World Cup from sister network Telemundo, they repeated that move by simulcasting Telemundo’s coverage of Monday’s Women’s World Cup Round of 16 games (USA-Spain and Sweden-Canada) on NBCSN. And that paid off for them, particularly with the U.S. broadcast. As per a release from Telemundo Tuesday, their combined coverage drew an average of 740,000 viewers and set a number of records:

Telemundo Deportes’ presentation of the USA vs. Spain Round of 16 match on Monday averaged a Total Audience Delivery of 740,000 viewers across Telemundo, NBCSN, TelemundoDeportes.com, the Telemundo Deportes app, and the NBC Sports app, to rank as the most-watched weekday FIFA Women’s World Cup match in Spanish-language television history, based on fast national data from Nielsen, and digital data from Adobe Analytics.

Meanwhile, Fox highlighted their numbers on the streaming side:

Workplace productivity around the country took a massive hit as the @USWNT advanced to the #FIFAWWC quarterfinals, breaking @FOXSports digital and social records in the process ? pic.twitter.com/mR9nLtFmr3

Overall, the ratings for this tournament have been excellent for Fox, for Telemundo, and for broadcasters around the world. For example, Brazil posted another incredible audience (35.245 million) for their team’s loss to France Sunday. And the Fox ratings will only continue to climb as the tournament moves on to its later stages and more games are on Fox proper rather than FS1 (including the U.S. team’s next game, which is a quarterfinal clash with France at 3 p.m. Eastern Friday). We’ll see if those Spanish-language ratings continue to climb as well.

Correction: This post initially stated that the ratings Fox talked about were for linear+streaming and made comparisons to NBCSN/Telemundo based on that. The ratings they mention in their release are streaming only, and they’re well ahead with that TV number included as well. We regret the error.