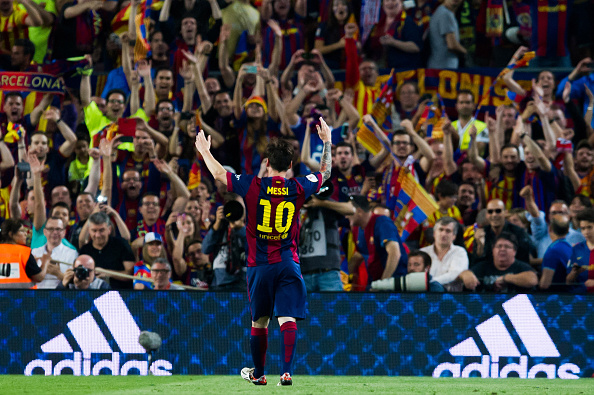 Last week the sports media world got a big shock as Turner Sports won the rights to the Champions League starting in the 2018-2019 season. The Champions League is arguably soccer’s biggest annual tournament with the most famous clubs in the world competing for the European title.

Fox Sports had won the rights just a few years ago from ESPN and it was widely expected that they would try to continue to hold on to the rights to continue to stamp their place as the network with the best soccer rights. ESPN was also expected to be a major player since the network has lost out on the Premier League and World Cup in the past few years.

But Turner Sports? Soccer? The two entities haven’t crossed paths since all the way back at the 1990 World Cup a short 27 years ago. Don’t believe that the World Cup was ever on Turner, here is an halftime segment of TNT’s coverage with none other than Ernie Johnson at the anchor desk.

Turner Sports has been much more aggressive with their sports rights bidding recently as they slowly but surely add to their portfolio. Long known as the home of the NBA, we’ve recently seen Turner add NCAA Tournament games as well as the eLeague video game series.

The Champions League offers something completely different for Turner, though with regular daytime live sports coverage.

So the question then becomes how this move will impact viewership, soccer’s continued growth, and Turner’s continued expansion into more live sports rights.

First, it’s a great move obviously for Turner to bring an entirely new fanbase to their network. (You can expect plenty of Law & Order ads to run during games I’m sure.) When you think about it, the NBA, eLeague, and Champions League represent three totally distinct and diverse fanbases that are now all under the Turner umbrella.

However, one does have to wonder given that this will be so new to Turner just how people will react to it.

Since Turner doesn’t have a dedicated sports network, which station will games air on – TNT, TBS, or truTV? And how long will it take soccer fans to find the games?

This is a phenomenon we’ve seen recently in sports as newer networks take on new rights packages. When a sport moves off of a longtime home it often suffers an immediate hit in the ratings. A great example is NASCAR ratings on FS1 and NBCSN. Even though those networks have been around for a few years now, they still have yet to make a major nationwide imprint on sports fans. And although NASCAR has done great ratings for those networks, races on FS1 and NBCSN have taken a hit compared to where they were on ESPN or TNT.

Moving to a non-sports network brings an element of risk-reward for the Champions League rights and for the continued growth for soccer in general. Right now the rights for all the various leagues and tournaments around the world are so dispersed, you need to have a detailed Excel spreadsheet to figure it all out.

And that’s not to mention the litany of rights held by subscription channels like beIn Sport. Fans looking for the EFL Cup Final between Southampton and Manchester United might have been surprised to not find the game on FS1 or NBCSN and instead had to hope their cable or satellite package included beIn.

Within English soccer alone, there are three networks that cover three different tournaments with beIn having the EFL Cup, FS1 the FA Cup, and NBCSN the Premier League. It’s really difficult to keep things straight as it is and now yet another network is being added to the fold. Come 2018, you can catch teams like Chelsea and Manchester City play games on four different networks in the states including the Champions League on Turner!

The reality is it will take a while for the average fan to adjust to the Champions League being on an entirely new network. Luckily all of Turner’s networks have widespread coverage, but fans will likely go first to FS1 then to ESPN and then to Google in order to find the games.

Soccer has experienced unbelievable growth in the past several years, especially in the amount of live soccer available to fans stateside. And it truly is a double edged sword. As more networks become invested in soccer, there’s more energy being put into the sport and more soccer made available. Who knows, perhaps this is just the beginning of Turner’s entry into soccer and we’ll see the network add even more rights in the coming years. But at what point do soccer rights become spread so thinly across the board that it becomes even more difficult for fans to follow the sport?

In the long-term, it’s definitely a positive for so many people to be invested in the sport. It just might cause some short-term confusion for fans, though.