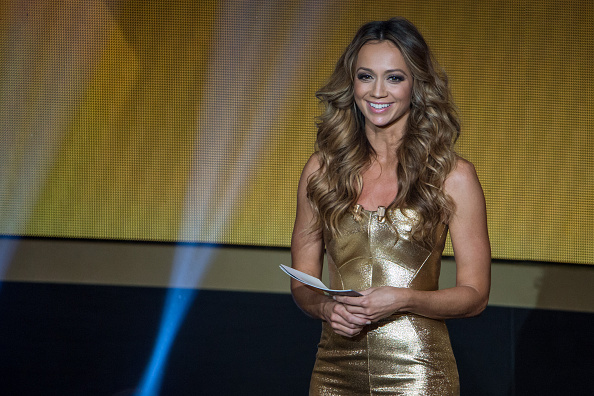 While most of the attention on the soccer broadcasting world will be focused on Fox this summer for the 2018 World Cup, there is at least one big change on the horizon. Turner Sports will make their first big entry into soccer when they take over the rights to broadcasting the Champions League beginning next season.

There’s a lot of uncertainty regarding how Turner is going to handle the Champions League, which is the pinnacle of club soccer around the globe every year. And their first announcement of basketball All-Star Steve Nash as an analyst for soccer definitely has fans already comparing Turner’s plans to Fox’s ill-fated Gus Johnson experiment.

How well Nash works out for Turner remains to be seen. But the network’s second hire at least carries significant experience covering soccer for an American audience.

Via the New York Post, Turner will announce current Fox host Kate Abdo as their anchor for Champions League coverage when it begins next season:

Abdo has been hired by Turner to lead its Champions League studio coverage beginning next year, sources have told The Post.

Abdo will maintain her role as Fox’s lead presenter during the World Cup, which begins next month from Russia. Rob Stone has hosted Champions League coverage for Fox Sports. Turner wrested the rights from Fox Sports for the Champions League and will begin broadcasting next season.

Turner is expected to officially introduce Abdo as part of its Upfront presentation on Wednesday. Abdo will continue to work with Fox, as well as Turner, after the World Cup.

Abdo, 36, joins Steve Nash as the first two known hires for Turner’s Champion League coverage. The Post previously reported that Nash, who is an NBA Hall of Famer, an avid soccer fan, a part owner of a Spanish soccer team and from a family of professional soccer players, will serve as analyst. Turner will have traditional commentators as well, but none are finalized yet.

Update: Turner has since confirmed this with a release and videos from their upfront presentation:

It makes sense that Abdo would maintain her role at both networks. Fox will still be a major player with their MLS, Bundesliga, and international rights, but with Champions League matchdays happening sporadically throughout the domestic campaign, it’s something that can easily work hand in hand. And if Turner is going to try to take some risks with individuals who don’t have soccer media experience like Nash, their next announcement needed to be someone with some bona fides in the sport.

Turner’s next big decision will be what to do with the game broadcasts. Will they syndicate an overseas feed or will they try to install their own announcers? The former is certainly easier on the network who basically has to build a soccer division from scratch. If it’s the latter, it’ll be significantly more work to hire game analysts and play-by-play personnel. And as is usually the case with soccer fans who care a great deal about the broadcast teams and quality of match coverage, it’ll be looked at with close scrutiny.

Nevertheless, whatever Turner ultimately decides and whoever else they hire may actually be secondary right now. That’s because Turner has an uphill climb ahead of them this fall to earn the goodwill of soccer fans in the wake of their decision to put 80% of the matches on a pay streaming service.