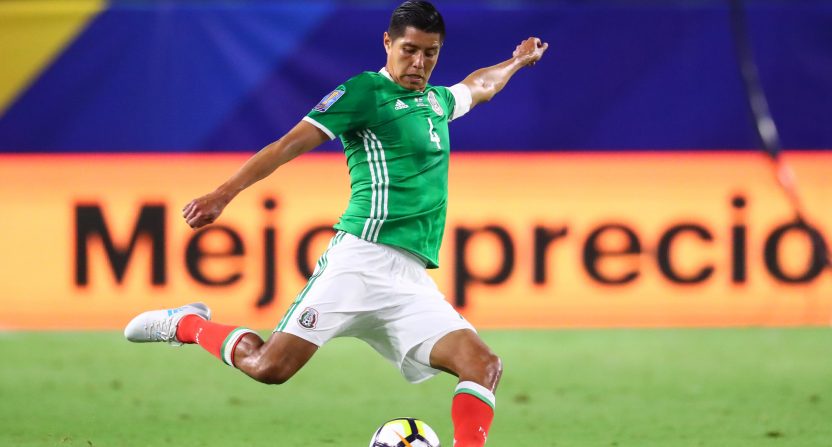 Last week, Fox Sports took heat for the announcement that only two of its six broadcast teams will actually be stationed in Russia during June’s World Cup. The rest of the network’s announcers, Fox revealed, will call the games from Fox Sports studios in Los Angeles.

Well Telemundo Deportes, which owns Spanish-language rights to the World Cup in America, is taking a different approach. As network president Ray Warren emphasized to Awful Announcing last week, all of Telemundo’s commentators will be on the ground in Russia during the tournament, with the majority of them on site at the games they’re calling.

“I just don’t know how else you would do it,” Warren said. “Smelling the grass, the hot dogs, hearing the fans, three dimensions, weather. All of those things. And the full view and the full immersion in those moments. To me, that’s what sports is all about. So we’re going to do that in as many places as is humanly possible.”

In explaining why on-site announcers were so important to Telemundo, Warren invoked the motto he has repeated to his team for months: “World-Cup Great.”

“I know others have made different decisions, and I don’t second-guess them at all,” he said. “We’re playing our own ball. We just want to be ‘World-Cup Great,’ and that’s the only way I can see doing it.”

The 2018 World Cup is only 43 days away, a fact Warren couldn’t forget if he wanted to, given the giant countdown clocks hanging not only at Telemundo Deportes headquarters but also across NBCUniversal. Warren said he goes back and forth between wanting the tournament to arrive already and wishing for more time to work on his network’s production. Still, he said, he’s excited about everything from Telemundo’s Red-Square studios, to the virtual-reality experience the network is building, to the broadcasters, including Viviana Vila, who will become the first woman to ever call a men’s World Cup game on television.

Unlike its English-language counterparts, however, Telemundo doesn’t need to worry much about its World Cup debut being undermined by the absence of the American team, which failed to qualify for the tournament. Warren said that although it stung to lose the USMNT (which is popular in bilingual households and among second- and third-generation immigrants), Mexico was always going to be his network’s priority.

“We have many, many fans who are fans of the U.S. team, but at the end of the team, the hand that we’ve got is 10 teams — eight Hispanic and Brazil and Portugal — at least one in every group,” Warren said. “We are the Spanish-language broadcaster, so it would be disingenuous of me to say we didn’t get over [the U.S. falling short] pretty quickly.”

For Telemundo, the biggest consequence of the U.S. missing the World Cup might be increased competition from American media outlets, including Fox, that will now treat the Mexican team as their main focus. As Gilt Edge Soccer Marketing founder John Guppy told Bloomberg, “the bilingual audience is a battlefield.”

But Warren says he is confident Telemundo can offer the best coverage of the Mexican team, as well as all the other Latin-American teams in the tournament.