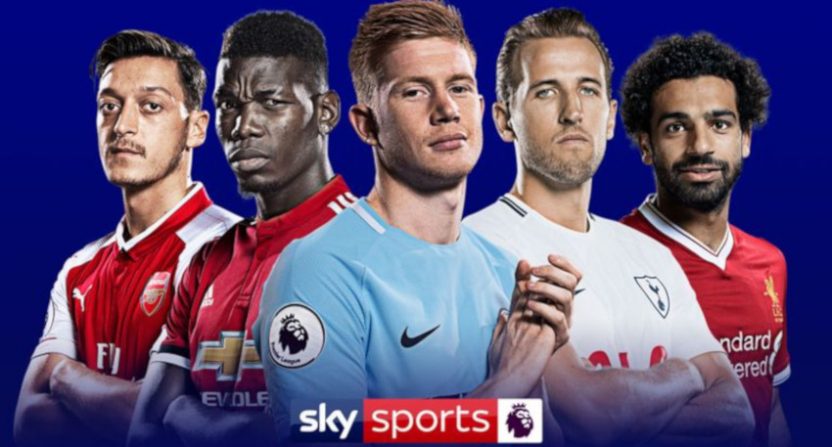 With the current shutdowns of most sports and sports-adjacent properties (but not WWE!), lots of networks are out there looking for content. In the United Kingdom, Premier League broadcasters Sky Sports and BT Sports (paying 1.19 billion and 325 million pounds respectively for rights this year) have worked out a deal with the league where all clubs are providing their managers for interviews every four weeks and players every two weeks. But as per an internal Sky Sports email obtained by Matt Hughes for a piece in The Daily Mail, the league has made it quite clear that there are to be no questions about when play might resume, what impacts on salaries might be, and more ,with a threat of revoked access if those questions are asked:

‘It’s clear that the Premier League will revoke access if we do not stick to these guidelines,’ the email states. ‘The interviews have been agreed on the grounds that they are part of the football contract; access is intended to be fun and relaxed.’

Sky’s management go on to list examples of questions deemed off limits, including any mention of voiding the season, whether games should be played behind closed doors, furloughing or salary cuts and even the implications for Liverpool’s attempt to win their first title in 30 years.

‘Clubs are extremely nervous about putting anyone up (for interview) at the moment so we must stick to the following processes,’ the email states.

‘We should avoid “news” interviews as much as possible.’

It’s quite something to see an actual email discussing what questions can and can’t be asked by rightsholders in interviews. Yes, there have long been discussions in many sports about if rightsholders are more tentative with their coverage, and there have been some cases of rights-holding networks making programming or talent decisions that appear to have been driven by leagues. And we’ve seen specific reported limitations for rightsholders when it comes to pick-tipping in the NFL draft (although those have come from agreements amongst the networks) and the NBA draft (although that still happens with different verbiage).

And European soccer has sometimes seen leagues being more authoritarian than U.S. leagues on the access front. For example, Serie A CEO Luigi De Siervo publicly defended telling broadcasters to move crowd mics to avoid picking up racist chants. And then-lower-level English team Bolton banned a reporter in 2018 over a Muppet Christmas Carol GIF. But this is still a pretty remarkable display of a league handing down firm interview restrictions, and about networks saying they’ll try to avoid “news” interviews as much as possible.

On one level, this is maybe more understandable than if it was restrictions on what broadcasters could ask under normal circumstances. These are not normal media appearances; they’re something outside of the usual matches and training access opportunities (which aren’t happening thanks to the shutdown), and something exclusively for rightsholders rather than general media, so there’s maybe an argument that this is more akin to the NFL and NCAA “coaches’ shows” that many local TV and radio outlets air (which tend to avoid controversial topics) than regular media access.

And there’s also maybe an argument that asking players and managers about some of this (in particular, when play will resume) is rather futile anyway. Resuming play isn’t up to those players or managers, but rather the league. And the league can only make that decision if it falls within government regulations. And there’s maybe something to be said for avoiding giving Premier League managers and players, who are definitely not scientific experts, high-profile platforms to talk about reopening the league. In the U.S., we might be better off if people weren’t giving NCAA coaches platforms to espouse non-scientific arguments.

But some elements of this access restriction are definitely troubling. For one thing, the ban goes well beyond just “What’s next?” to cover questions that do have actual news value, such as salary cuts and furloughs and how players and managers would feel about resuming the season, playing behind closed doors, or awarding a title based on a shortened season. And without those questions, there sure doesn’t seem to be a lot to talk about; “fun” and “relaxed” interviews don’t seem all that appropriate in a time that’s anything but. But more problematic still perhaps are the lengths Sky is going to to avoid “news” interviews. And their willingness to accede here raises questions about how they cover the league in more normal times, too. If the interviews aren’t going to be newsworthy at all, what’s the point?