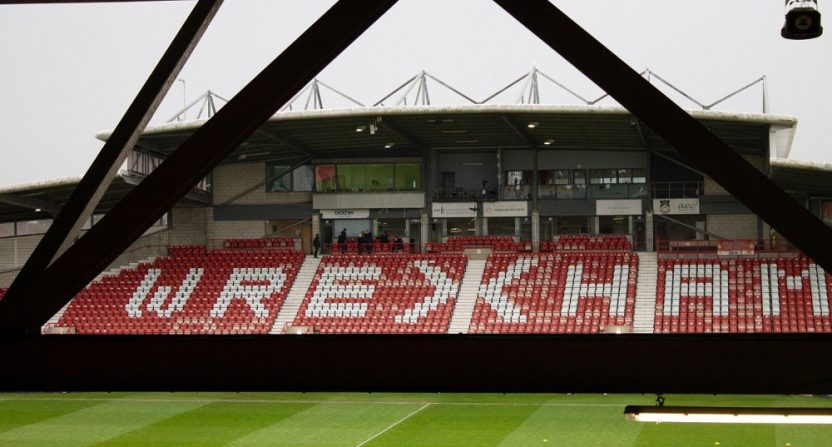 When Ryan Reynolds and Rob McElhenney purchased Wrexham AFC last November, the common belief was that some sort of documentary would rise out of the sale.

That belief has ended up being true. On Tuesday, FX announced that it had commissioned two seasons of a series called Welcome to Wrexham, which will begin with the duo’s purchase of the team.

“Rob McElhenney has been an all star on Team FX for years and now has partnered with the formidable Ryan Reynolds to bring glory to the ‘Red Dragons’ in the docuseries Welcome to Wrexham,” said Nick Grad, president original programming at FX Entertainment. “Rob and Ryan will take fans inside the sport as never before, pairing their genuine love for the game with the welcome challenge of building on the heritage of this club.”

The Welsh club, who compete in the English football pyramid, are currently fifth in the fifth-tier National League. Finishing anywhere from fourth through seventh would guarantee the club a spot in the playoffs, with promotion to the EFL and League Two a possibility. The series could be compelling whether or not the Wrexham earns promotion, and I’m tentatively excited for it.

From Hollywood to Wales, the pitch to the changing room, the front office to the pub, Welcome to Wrexham will track Rob and Ryan’s crash course in football club ownership and the inextricably connected fates of a team and a town counting on two actors to bring some much-needed hope and change.

Reynolds also tweeted a video to announce the series.

So happy to be part of #WelcometoWrexham on @FXnetworks with @RMcElhenney. He’s everything you’d want in a Co-Chairman but, for the record, he is only ‘mostly' sunny. pic.twitter.com/SD0ak6FCrG

Over the last few years, we’ve seen plenty of behind the scenes docuseries following soccer clubs. The (arguably) best one didn’t follow a team that won trophies, or was even in the top flight – it followed a club that got relegated to the third-tier in the series first season and failed to win promotion to the second tier in the third season. The Netflix series Sunderland Til I Die set the standard for behind the scenes docs at a new level, and while it’s impossible to determine if Welcome to Wrexham will even come close to reaching that bar, the right ingredients are in place.