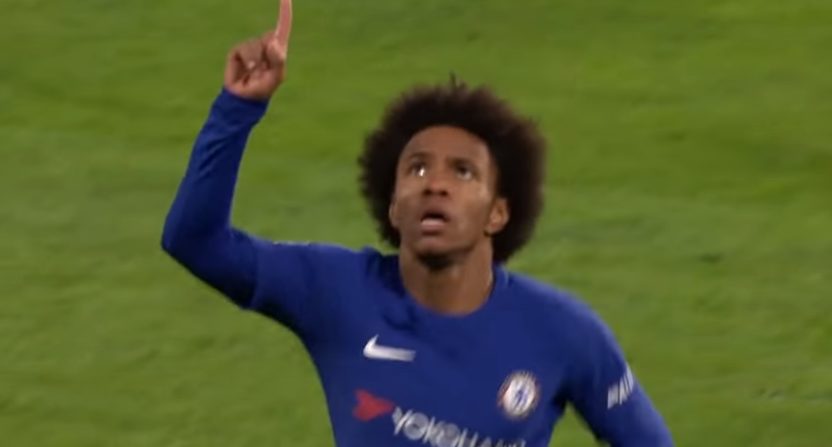 With this year’s FA Cup advancing to the Quarterfinals this past week, a question still remains about next year’s tournament: Where can American fans watch it? Fox’s rights expire at the end of this year’s tournament, and the network has shown no signs of wanting to renew their agreement. Streaming companies have reportedly been involved for the rights, but none have inked a deal yet.

Now, a new possibility is in play. IMG, which paid $1.2 billion for six years of the FA Cup international rights starting with the 2018-19 tournament, is attempting to package the FA Cup with broadcast rights to Italy’s Serie A to try and make the pot sweeter for potential bidders.

World Soccer Talk reported this week that IMG made the decision to bundle Serie A with the FA Cup because they desperately want to get their initial investment, which seemed more than a bit too high, back without taking a loss.

Fast forward to February 2018, and IMG is now hoping that the combination of the FA Cup rights with Serie A will be enough to finalize a deal. A huge stumbling block for IMG, according to World Soccer Talk sources, is the over-inflated value that they’re placing on the FA Cup competition. Since IMG paid a reported $1.2 billion for the international rights, they’re forcing a hard bargain to try to recoup a lot of that money.

But the stumbling block for a lot of media companies in the United States remains being able to justify the exorbitant numbers IMG is expecting when sports networks are dealing with major issues such as declining subscriber numbers, illegal streaming and rocky advertising revenue.

ESPN, of course, seems like a natural fit given the impending launch of ESPN Plus, and sure enough, World Soccer Talk also is reporting that ESPN is talking with IMG about acquiring the FA Cup and Serie A rights. That would make sense, though I doubt many fans would sign up for the $4.99/month service just for a handful of FA Cup matches per week. I also don’t know if there’s a massive audience for Serie A in the states, given that the league is currently buried on BeIN’s lineup under La Liga and (arguably) Ligue 1.

So if not Fox, and if not ESPN, then who? NBC, the home of the Premier League in the US, seems like a natural fit, especially given its NBC Sports Gold/Premier League Pass service that needs to be filled out with more content. But World Soccer Talk also claims that NBC and IMG had preliminary discussions in 2016 that went nowhere, and neither party had followed up on those initial conversations. BeIN also could be a fit, given their current commitment to Serie A and prior commitment to the EFL and League Cup, but does the network have the airtime to dedicate to each of those properties, given their Spanish and French commitments?

The wild card here is Turner, which is going to be airing the Champions League and Europa League starting next fall and also will be launching its own over the top service for matches not on television. No one really knows what the hell they’ll be doing with their soccer coverage in the fall – well, aside from likely hiring an NBA player as an analyst.

ESPN seems like the easiest, most rational option. But if IMG is sticking with the idea of trying to get $1.2 billion over six years from America and a handful of other markets for the rights, the FA Cup and Serie A may be left without a home on American TV next year. Given that IMG also paid that money for the international rights in most of Asia (including China, Japan, and India), maybe it would be in their best interests to use those countries to make up the bulk of their $200 million per year instead of relying on American networks to foot the bill. After all, the Champions League rights only went for $60 million a season to Turner.