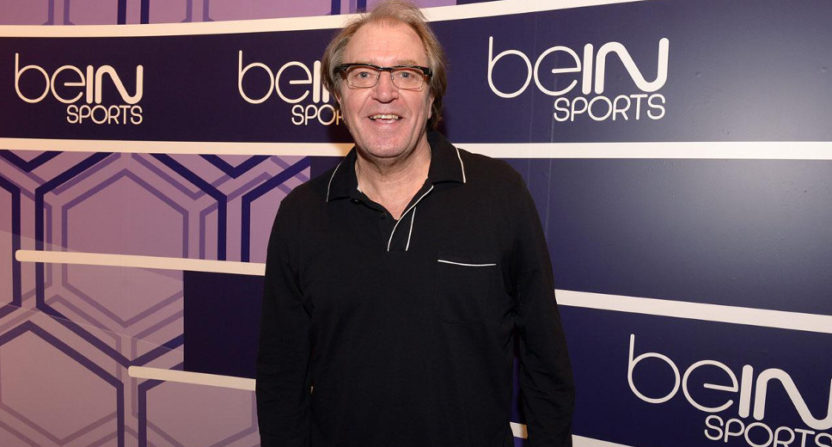 While new MLS team Inter Miami (with an ownership group involving David Beckham) has already played one league match (a 1-0 loss to Los Angeles FC  Sunday), they haven’t announced a local broadcast deal yet. But we now know one of the figures involved in their local broadcasts; magisterial BeIN Sports/Sirius XM commentator Ray Hudson. The 64-year-old Hudson was born in Gateshead, England, but he has significant Miami-area connections, from playing for the old NASL’s Fort Lauderdale Strikers from 1977-83 to starting as the color commentator and community outreach director for the MLS expansion Miami Fusion and then becoming their coach in 2000, leading them to the MLS Supporters’ Shield (for the best regular-season record) in 2001. So he’s a very appropriate figure to involve here given both his fame as a commentator and his Miami-area history. Here’s more on Hudson’s involvement, from Michelle Kaufman of The Miami Herald:

Ray Hudson, the colorful retired English soccer player and former Miami Fusion coach, known for his masterful turns of phrase and outlandish metaphors, will be joining the Inter Miami broadcast team, according to two sources with knowledge of the deal.

The club plans to announce its local broadcast deal next week, but it leaked out that Hudson will be involved as a color commentator.

That will come as welcome news to Inter Miami fans, and soccer fans nationwide, many of whom have been following Hudson’s career since he was a fiery midfielder with Newcastle United and the Fort Lauderdale Strikers in the 1970s and 1980s.

Hudson went on to coach the Fusion, South Florida’s first Major League Soccer team, and the team played at Lockhart Stadium, on the same grounds where Inter Miami’s new stadium is being built. He led the club to the league’s best regular-season record in 2001 with 16 wins, 5 ties, and 5 losses, earning the Supporters’ Shield. The Fusion reached the semifinals of the MLS Cup playoffs before losing to the San Jose Earthquakes.

It’s interesting that the team hasn’t announced a local broadcast deal yet, as they’ll have played two matches by the start of next week; last Sunday’s clash with LAFC (which was broadcast nationally on ESPN and ESPN Deportes) and this upcoming Saturday’s home match against D.C. United (which will air in Spanish on Univision and TUDN and stream on Twitter and MLS Live on DAZN). And it will be notable to see what they do on the local broadcast side; some MLS teams have paired up with existing RSNs, but others have gone streaming-only with services like YouTube TV and FloSports. We’ll see what path they take.

At any rate, it’s certainly significant that Inter Miami has brought in Hudson. He’s an experienced and well-liked voice with Miami connections, so there’s some logic to this hire for in-market fans, but it also may help add some wider national interest in Inter Miami games. After all, many of us will listen to Ray Hudson calling anything.