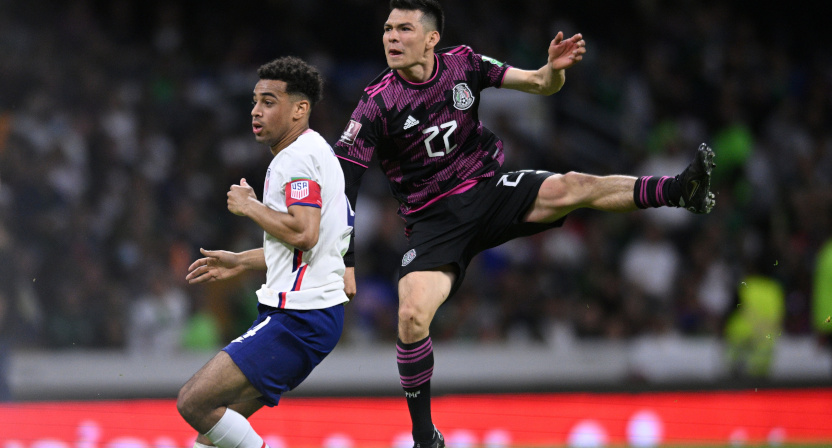 There’s another notable sports documentary in the works, and this one is headed to Prime Video. On Thursday, Prime Video officially announced a green light for three-part docuseries Good Neighbors, on the men’s soccer rivalry between the United States’ men’s national team and their counterparts in Mexico.

This Good Neighbors series is set for a fall debut around the World Cup. It will feature “the personal and professional arcs of stars from each nation, like Landon Donovan (U.S.) and Rafa Márquez (Mexico), who became symbols of their country’s cultures during their respective careers,” and “will also examine the passionate, international battle for on-field talent and fan support that has made the U.S.-Mexico border one of the most fascinating soccer frontiers in the world, with players—and families—from both countries becoming the focus of recruiting battles between these two deeply interconnected nations.” It comes from a partnership between Skydance Sports, Meadowlark Media, and Ocellated Media, and as such, it has some big names attached, including former ESPN president John Skipper (now at Meadowlark). Here are some quotes on it from a release:

“With anticipation building for the World Cup, we’re thrilled to bring audiences this incredible docuseries about the electric rivalry between these cross-border national teams,” said Matt Newman, head of Prime Video Original Sports Content. “Good Neighbors is the first in an exciting new slate of Original sports programming Prime Video Sports will be rolling out over the next several years. We can’t wait for fans to learn more about all the amazing content we have on the horizon.”

“Good Neighbors is the type of global storytelling we’re delighted to bring to our Prime Video customers, as we continue to expand our slate of scripted and unscripted sports programming to complement our marquee live sports offerings,” said Marie Donoghue, vice president, Global Sports Video, Amazon.

Jon Weinbach, president, Skydance Sports, said: “The U.S.-Mexico rivalry is a fantastic, multilayered narrative that is both timely and timeless, and we’re incredibly excited and grateful for the opportunity to work with Prime Video Sports, Meadowlark, and Ocellated in bringing this story to a global audience.”

“With its reputation, brand, worldwide distribution, and impressive portfolio of global football rights, Prime Video is a spectacular service on which to debut Good Neighbors, and surrounding the World Cup is the perfect time to do so,” said John Skipper, CEO, Meadowlark.

“We are happy to collaborate with Prime Video on this story that covers both sides of the border,” said Dante Moller, CEO, Ocellated Media. “Good Neighbors is a story that needs to be told in a balanced and profound way. The U.S.-Mexico fútbol rivalry is complex and controversial, but also displays a beautiful side of the greatest sport in the world.”

The USA-Mexico men’s soccer rivalry (a March 24 0-0 clash between the sides is shown above, featuring Mexico’s Hirving Lozan (R) and Tyler Adams of the US) is certainly an interesting topic. And this particular documentary certainly has some prominent names attached. And it’s interesting to see Newman describe this as “the first in an exciting new slate of Original sports programming,” which suggests they’ll have more in this vein down the road. This one will be worth keeping an eye on.