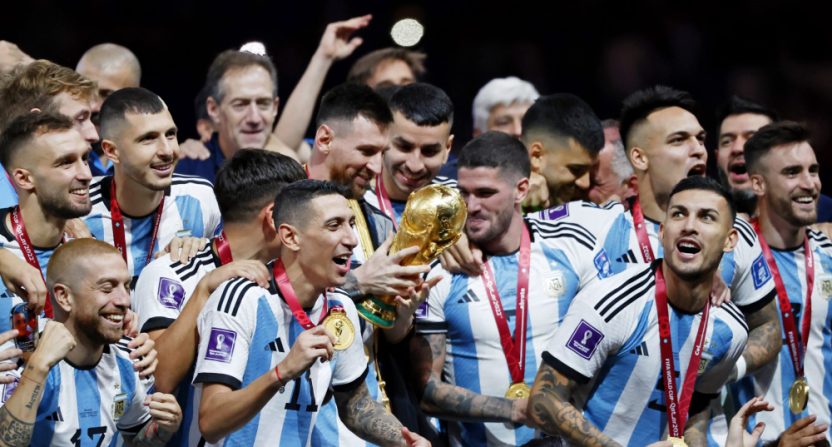 Viewership for the 2022 FIFA World Cup Final is in, and the results were staggering for Fox Sports and Telemundo.

In Spanish, Telemundo’s outlets (including Peacock) chipped in another nine million viewers. That includes an average minute audience of three million viewers, good for the most-streamed match in US history, in English *or* Spanish.

Together, that’s an audience of nearly 26 million viewers, more than any NFL game this past week (so much for the complaints about Fox NFL Sunday getting preempted).

Next up will be the 2023 FIFA Women’s World Cup in the summer. The event will be held in Australia and New Zealand, and the USWNT is in a group with Vietnam, the Netherlands, and the winner of a three-team playoff between Cameroon, Thailand, and Portugal. I’m very bad at time zone math (especially with this tournament being held in several different time zones), but I believe the earliest matches will take place in primetime on the east coast, and the latest matches will air in the middle of the night, which would be a very bad thing for overall viewership in the US.

It’s probably safe to assume that viewership for that tournament will be down from the USWNT’s victories in 2015 in Canada and 2019 in France.