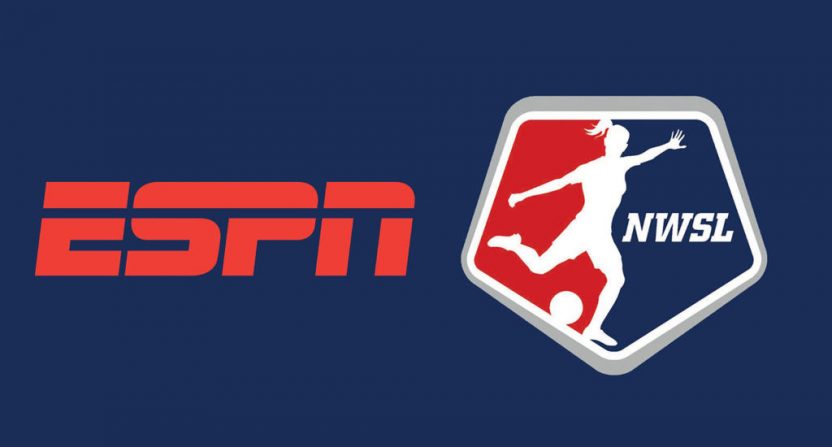 Given the widespread acclaim and attention paid to women’s soccer in the U.S. during the most recent World Cup run, it was presumed that at least some of that interest would carry over into the National Women’s Soccer League (NWSL), which picked up play following the U.S. team’s championship run.

Whether out of a desire to keep rooting for the superstar athletes or out of a desire to see what politically charged moment might happen next, the expectation was that fans would flock to NWSL games in larger numbers than before. Especially since ESPN had recently signed a deal with the American women’s pro soccer league to broadcast 14 matches, many of which would include U.S. stars such as Alex Morgan, Megan Rapinoe, Carli Lloyd, Tobin Heath, and Lindsey Horan.

That expectation has been proven true across the board. Per The Washington Post, with a small sample size, numbers are up however you look at them.

The Portland Thorns, the league’s runaway attendance leaders in each of seven seasons, set a club record with 22,329, achieved on a weeknight. The Chicago Red Stars opened additional sections to accommodate 17,388, four times their 2018 average.

The Utah Royals counted almost 16,000 last weekend and more than 10,500 this weekend. The Washington Spirit and Sky Blue FC welcomed small-scale sellouts of 5,000-plus.

As for those televised matches, last Sunday’s ESPN2 broadcast of North Carolina vs. Chicago garnered 149,000 viewers (peaking at 177,000), which is the largest NWSL audience since it’s 2016 final. It’s also a 67 percent increase over a match shown by Lifetime network on the same day in 2018 (Lifetime opted out of a broadcast deal earlier this year). In the two weekends since U.S. team players have returned to their NWSL squads, viewership was up 47 percent from 2018.

It should be noted that the last time ESPN2 aired multiple NWSL matches in 2014, the viewership average was mostly similar at 144,000. Certainly, having the matches on an ESPN network instead of Lifetime was a huge benefit, though it doesn’t take away that fan interest is clearly on the rise.

Now, however, comes the hard part. The glow of the World Cup victory will fade soon enough, just like it did in 2015, and the NWSL will have to figure out how to ride this wave into a different way of generating interest. The league has seen expansion, contraction, and franchise movements in recent years, which has made it hard to grasp stability, especially in some of the bigger U.S. markets.

The playoffs should be a good way to try and maintain some rating momentum. While many of the matches that are part of the ESPN deal will air on ESPNews, the two semifinals and the league championship will air on ESPN2. That’s still a ways off (the NWSL championship game is October 27) but if the league can keep interest high for the time being, they can at least make good on renewed interest in women’s soccer this season before shifting focus in 2020, however they decide to.