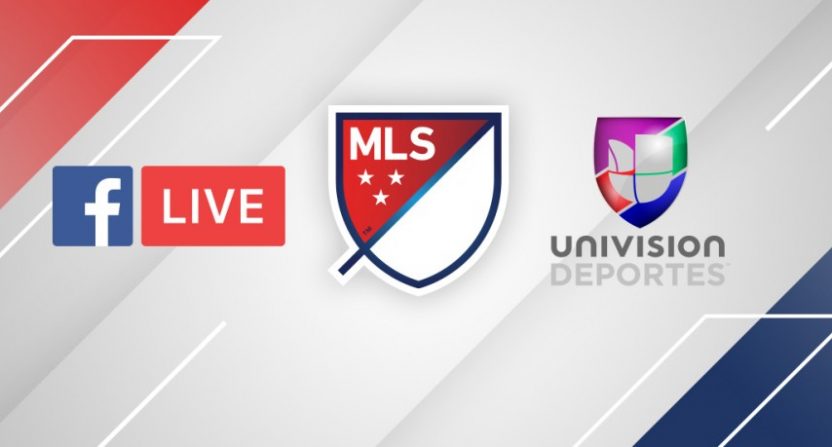 The digital floodgates have seemingly opened.

After the NFL agreed to stream Thursday Night Football games this season in a partnership with Twitter, we’ve seen more sports leagues partner with non-traditional rightsholders to increase access to games.

After striking a deal to stream Liga MX games on Facebook Live this year, Univision will be doing the same with MLS. Today the league announced that there would be 22 games this year streamed on Facebook Live beginning with Atlanta-Chicago on March 18th.

Major League Soccer and Univision Deportes announced on Friday a collaboration to live stream a full slate of regular season games on the social network. As part of this, MLS will also drive further social engagement with fans and produce more unique digital content.

At least 22 matches during the 2017 MLS regular season that are being broadcast on Univision networks in Spanish will now be available in the US for live streaming in English via the Univision Deportes Facebook page. The live streamed matches, which will be produced for consumption on mobile devices, will feature Facebook-specific commentators, interactive graphics, and fan Q&A and polling features allowing viewers to engage directly with commentators throughout matches.

The first MLS match to be streamed on Facebook will be Atlanta United hosting the Chicago Fire on March 18 at 4 pm ET.

Additionally, MLS will produce 40 exclusive “Matchday Live” shows on Facebook on MLS game days, which will feature highlights and analysis from around the League and a preview of the day’s upcoming matches. These shows will be produced specifically for Facebook and available on the MLS Facebook page. The pilot episode of “Matchday Live” ran on MLS Opening Weekend, and the next episode will happen this weekend, starting at 4 pm ET.

There’s a few interesting details in there with the first caveat being that the games appear to only be available in the United States. Hopefully one of MLS”s Canadian teams doesn’t appear in a Facebook Live game because that would seem to be counter-productive. Also, the fact that there will be Facebook-specific commentators and other unique qualities (graphics, polls, etc) should take this above and beyond just another streamed simulcast but a totally unique viewing experience.

This is a great idea for MLS, and if anything, it should only be the beginning. We all know the struggles MLS has trying to gain traction on television as it competes not just with the likes of the NBA and NFL, but also the EPL, Champions League, and billions of other soccer games on television. So why not think outside of the box and try to reach new audiences in new ways? It’s a move that presents nothing but upside for the league as it tries to gain a further foothold.