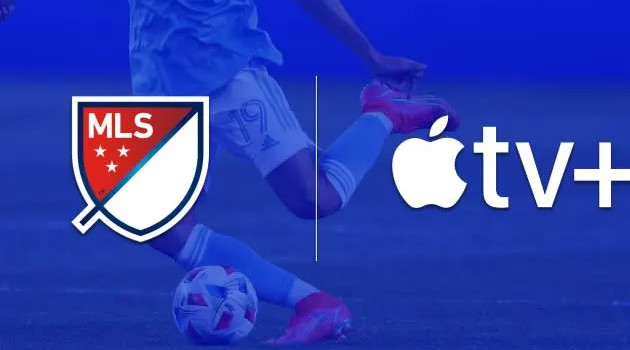 One of the interesting things with MLS’ 10-year global, national and local media rights deal with Apple is how many of the numbers remain in flux. That deal is structured as a guarantee of at least $250 million a year from Apple to MLS. But that number could rise if enough subscriptions are sold (there’s an unspecified subscription threshold at which MLS will receive more money from Apple) or if further deals to syndicate games to linear TV networks go through.

However, that number doesn’t include production costs. And as Sam Stejskal and Paul Tenorio of The Athletic write, those are going to be significant, with MLS now looking to produce most (if not all) games themselves, and in English and Spanish for all U.S.-based teams, plus French broadcasts for CF Montreal, and other languages set to follow, particularly Portuguese by 2025. (Note on the French: the league release says “all matches involving Canadian teams will be available in French,” the Athletic’s reporting says “select matches, mostly involving CF Montreal, will also air in French”; the CF Montreal matches seem the most likely to draw significant francophone audiences, but we’ll see if this is in fact implemented for the Vancouver Whitecaps and Toronto FC as well.) That will see MLS hiring between 10 and 14 broadcast teams. So there are many more costs for the league here than in a standard media deal, where networks pay for the rights and then pay more to produce games themselves.

But even with the production costs, there’s still likely a large enough increase here to trigger the clause in the most recent MLS collective bargaining agreement where a percentage of media rights increases goes to players (in a rise in the salary cap and in allocation money totals). It’s unclear just how much that increase will be, though, and there are multiple factors contributing to that uncertainty. That Athletic piece examines the interplay of these angles, and that comes with some notable estimates on the numbers:

Under the current domestic media rights deal, MLS receives between $60 and $65 million per year combined from ESPN, Fox and Univision for its television rights. The U.S. Soccer Federation also receives about $25 million from the networks as part of the deal, which was negotiated by MLS-owned Soccer United Marketing (SUM). MLS also takes in an unknown amount of revenue from Canadian broadcasters and a small amount of additional revenue from international networks.

The terms of this new deal will also have an impact on the salary cap for the first time in MLS history through a revenue share agreement with the MLS Players’ Association in the collective bargaining agreement.

Per terms of the CBA, in 2023 and 2024, players will receive 12.5 percent of the net increase in media revenue for anything more than $100 million above the league’s 2022 media compensation. The players’ media revenue share will jump to 25 percent in 2025 through the expiration of the CBA following the 2027 season. That money goes directly into the salary cap and general allocation money.

But MLS will spend substantially on production costs in this deal with Apple. Industry sources expect the league to spend around $60 million on producing games each season, with additional costs in the next year or two associated with starting-up its own production arm. Those costs will have an effect on the revenue share agreement in the CBA.

There’s a lot still to be determined here. That piece also notes that The Athletic has confirmed that ESPN and Univision are in negotiations for linear packages of games, and Sports Business Journal‘s Alex Silverman and John Ourand reported Tuesday that Fox is still in discussions with MLS as well. Tenorio and Stejskal quote a source saying that MLS “is close to a four-year deal with ESPN for a deal that would put between 23 and 25 regular season games per season on the ESPN family of networks,” which would include ESPN and Apple alternating who broadcasts the MLS Cup final (seemingly, primary rightsholder Apple would likely still be able to simulcast it even in years where they don’t have it, but there’s uncertainty there as well). They also mention that ESPN might choose to produce their own feeds for games they carry, which Apple might then simulcast; that would lower the estimated production costs that MLS would have to pay. And they note that the league is still in talks with Canadian broadcasters TSN and TVA as well.

The largest takeaway so far is that MLS is walking a quite unusual path. They’re the first major U.S. league to sell all their games to a streaming service, and it’s even more interesting still that they’ve struck a deal with a streaming service that doesn’t plan to do its own production on those games. (By contrast, many of the bigger-ticket events in particular on ESPN+ are still ESPN-produced, with the main difference being just where they’re airing rather than the production.) It looks like MLS is set to take on a lot of that production themselves. (And that could lead to some conflicts: yes, local broadcasters in many sports are directly or indirectly employed by teams rather than networks, but it’s more unusual to see national broadcasters employed by a league, and that may be worth watching for how the broadcasts handle serious issues that might not look great for MLS.)

The other thing we know so far is that this approach will increase MLS media revenues. Even after those boosted production costs, the guarantee here from Apple is still a nice gain over what MLS was making, even before any extra revenue from sublicensed packages to linear networks. And this is an interesting breakup of the traditional local/national/global rights model; with this Apple setup, anyone anywhere should be able to gain full access to all MLS games, “local” and not, without a cable/satellite/virtual MVPD package. But that’s for a price that we don’t know yet, and we don’t know how many people will adopt it, and we don’t know what this will do for MLS’ overall media exposure. Still, it looks like the media revenues flowing into the MLS coffers will increase, and likely by enough that the salary cap and allocation money totals rise. For the rest of this, we’ll have to keep watching.

[The Athletic; image from Yahoo]